Oh, so another merch post, huh? Yep, I decided to spoil myself for Xmas, also I discovered a not-so-little show called ‘To Love-Ru’, became absolutely enamoured with it and so had to buy all the merch I could in a short period of time–it’s what I do!

I’ve come to expect such madness, yes. Also if you’re not familiar with Mandarake, its a second hand otaku goods store in Japan that has their extensive collection of goods available for purchase online. I talk about it in some more detail in previous posts if you want more information (see bottom of the page for links).

So uh… Right! The boxes, two (plural), though they came on separate days so I only took a pic of the first one (which was the larger of arrivals).

Right, so you mentioned ‘To Love-Ru’ I expect there’s a reason for it. I watched the four seasons (+ OVA’s) that comprise the entirety of To Love-Ru and its sequel To Love-Ru Darkness and needless to say I was in love with everything about it. So expect the ensuing pictures to be mostly To Love-Ru centric. Also here’s literally everything I bought, skip the next picture if you don’t want to be spoiled on my purchases! 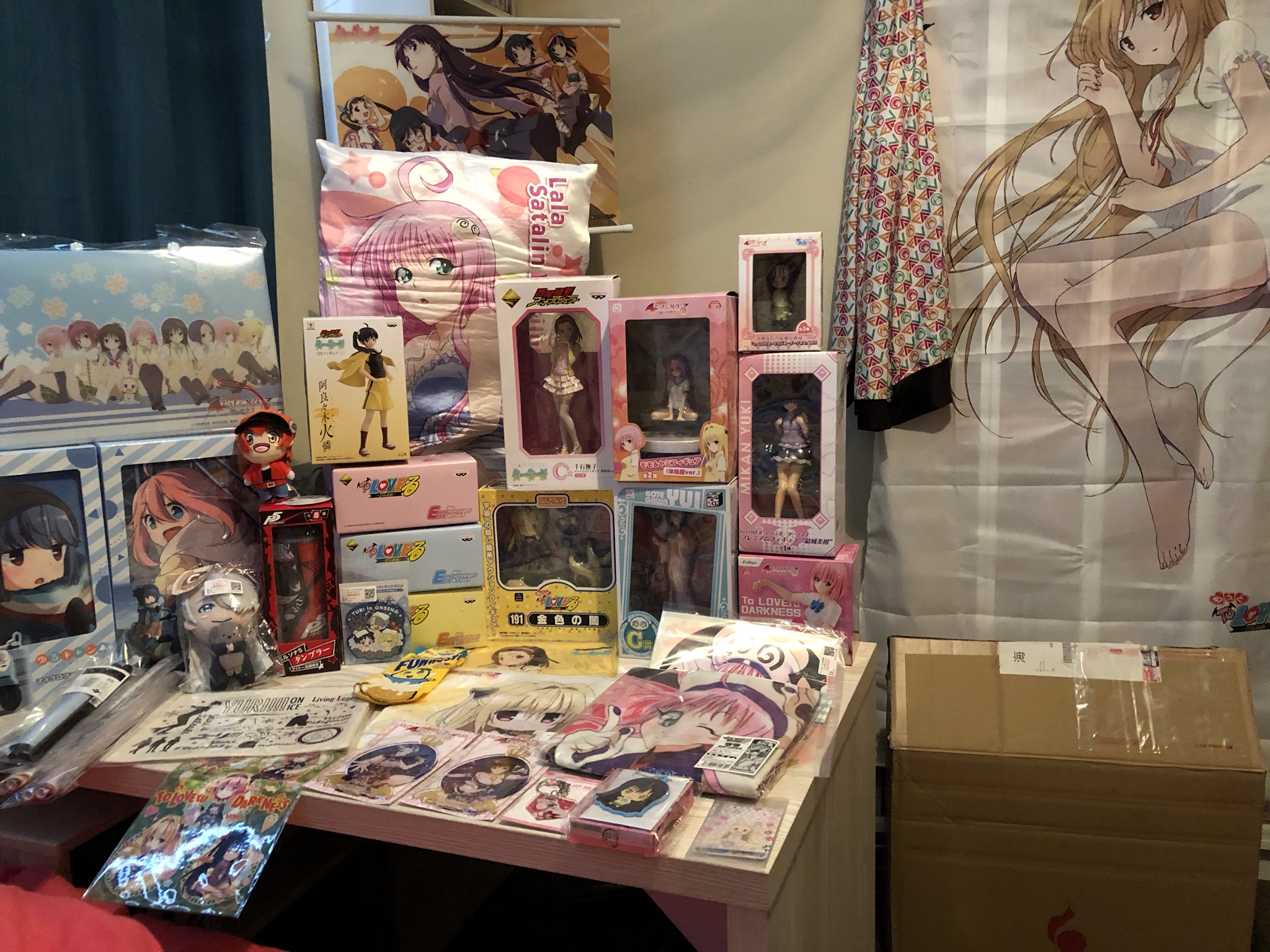 On to the individual pictures now? Yes. And like always I’ll start with the figures. Like the majority of figures I buy these are called ‘prize figures’ and aren’t as expensive as the more detailed figures you can get out there. These ones ranged in price between 800 and 2500 yen. (About $10 to $30USD)

The next figurine I didn’t take a seperate photo of at the time, but she sits atop our anime Xmas tree. It’s Momo again, but this is what’s called a ‘holding figurine’ she’s meant to be used to hold an item in her arms. But here she’s just holding on to the top of the tree. 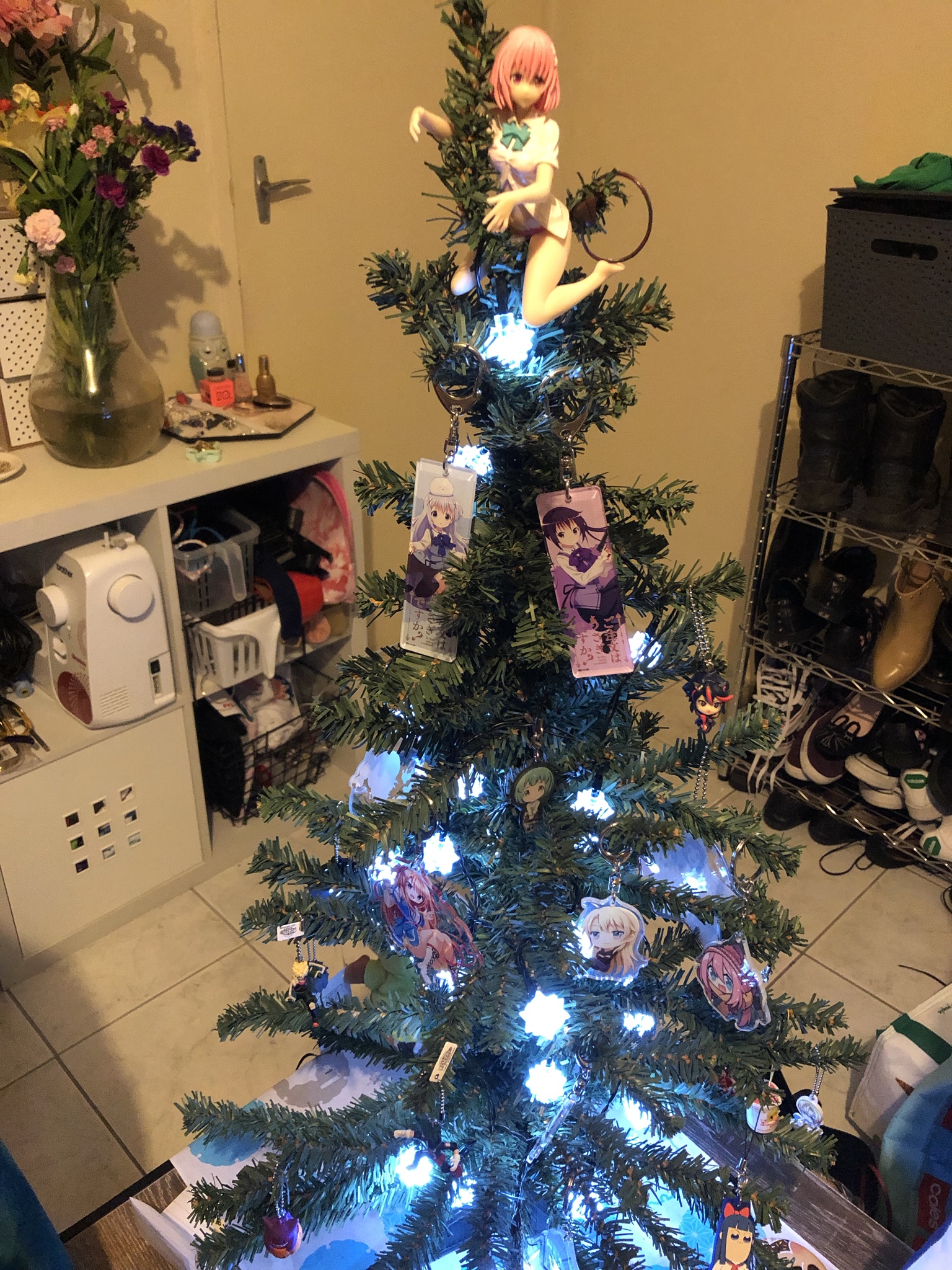 And that’s all for the figurines, I was slightly disappointed in the height discrepancies between the To Love-Ru ‘prize figures’ but that’s entirely my fault as I should have paid more attention to getting figures from the same production companies rather than just getting whatever I liked the look of.

What’s next? I’ll take a slight break of showing To Love-Ru merch and show some other random stuff I got. These are two Laid Back Camp towels, I wasn’t expecting much because the price point was low and they were ‘prize toys’ (‘prize figures’ and ‘prize toys’ are products that are won in arcade games in Japan). But as you’ll see from the second picture, they are nice quality and absolutely massive. With the width of a door and almost the length of one too.

And I also got a few gifts for Sharon, the irlwaifu. While she enjoyed To Love-Ru a lot I knew better than to get her merch from that show. Sadly a lot of the shows she has gravitated towards recently didn’t have much merch avaliable on Mandarake at the time of buying so ‘Yuri! On Ice is always a safe bet (plus there’s heaps of it out there)!

And now we return to more To Love-Ru stuff! There’s so much To Love-Ru merch on Mandarake that I’m slightly terrified of how much I’m going to end up bringing back when I go to Japan in February! Anyway, here’s everything else I got.

The next item was one of the more expensive purchases and unfortunately was a little bit disappointing in terms of quality. It’s a double sided half-body pillow, but it was rolled up into a tight cylinder shape and had undoubtedly been that was for many years at Mandarake’s warehouse as the creases are deep. 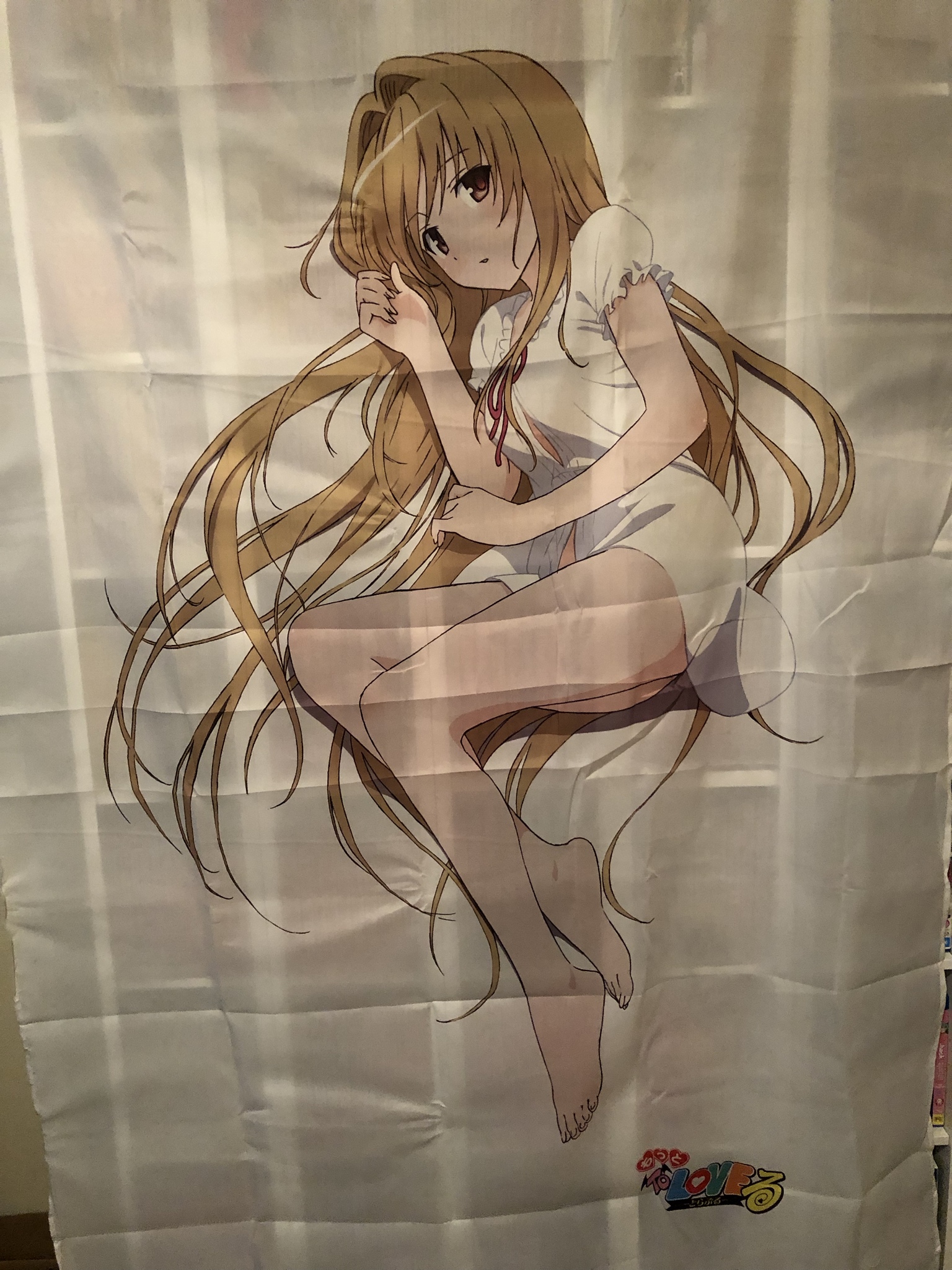 And the final item is a Golden Darkness bed sheet. I don’t know what it is about anime bed sheets but I keep buying them even though I don’t really have a use for them (I certainly don’t use them as a bedsheet as the thread count is too low to be comfortable for me personally). I think it’s just the novelty of having a character in such a large (practically life-sized) form that appeals to me but the price point being so much lower than a dakimakura (body pillow) makes them an impulse buy. Maybe I’ll find a proper use for them one day.

And that’s everything, huh? Surprisingly less lewd than I was expecting. Likewise, especially considering how much fan-service ‘To Love-Ru Darkness’ has I thought there’d be a lot more lewd merch. Anyway, that’s it, hope you enjoyed reading/looking at photos and if you have any questions about anything just drop me a comment!