First we ranked the OP’s now comes the time for ED’s (Endings). And as usual, yes I listened to every eligible ED for the 2018 Fall season! These are my opinions and not empirical, a song you love I might hate and vice versa. Secondly only the song itself is being judged, not the accompanying visuals or the series itself–even a terrible anime can have awesome OP’s and ED’s! Now with that said and done let’s count down my 10 Best Anime ED’s of Fall 2018! 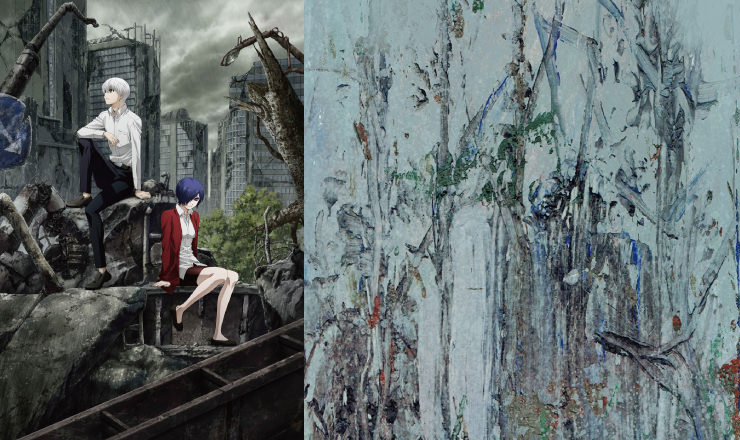 I love the sound and mood of this ending it reminds me a bit of early ‘Minus The Bear’ albums–albeit less math-rock. Now there’s a pretentious music reference for you! 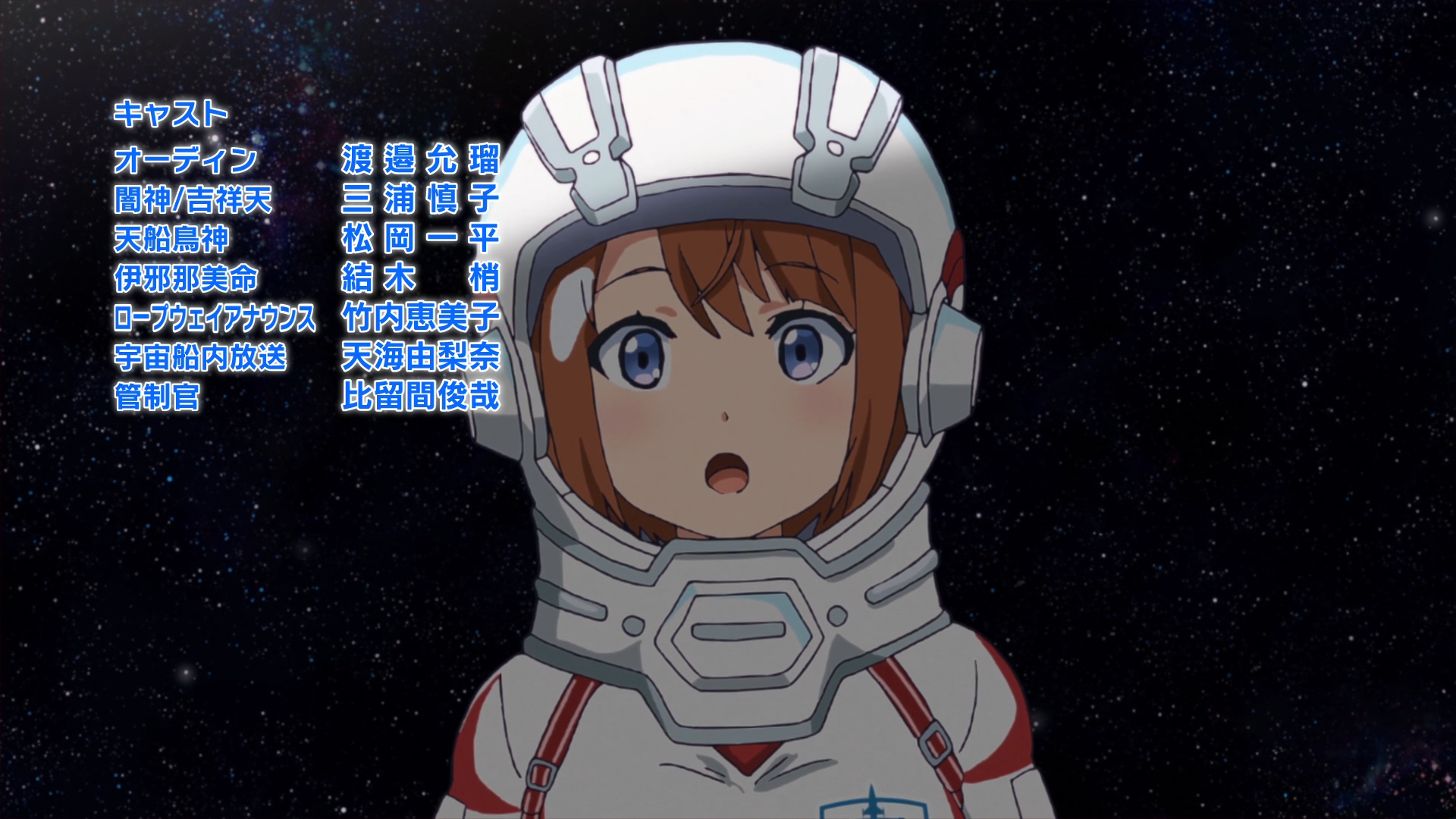 It’s got an infectious beat, it’s high-spirited and energetic, it’s just a lot of fun to listen to!

~Number 8~
“Be Affected” by Takanori Nishikawa x Fear, and Loathing in Las Vegas from ‘Gakuen Basara’ 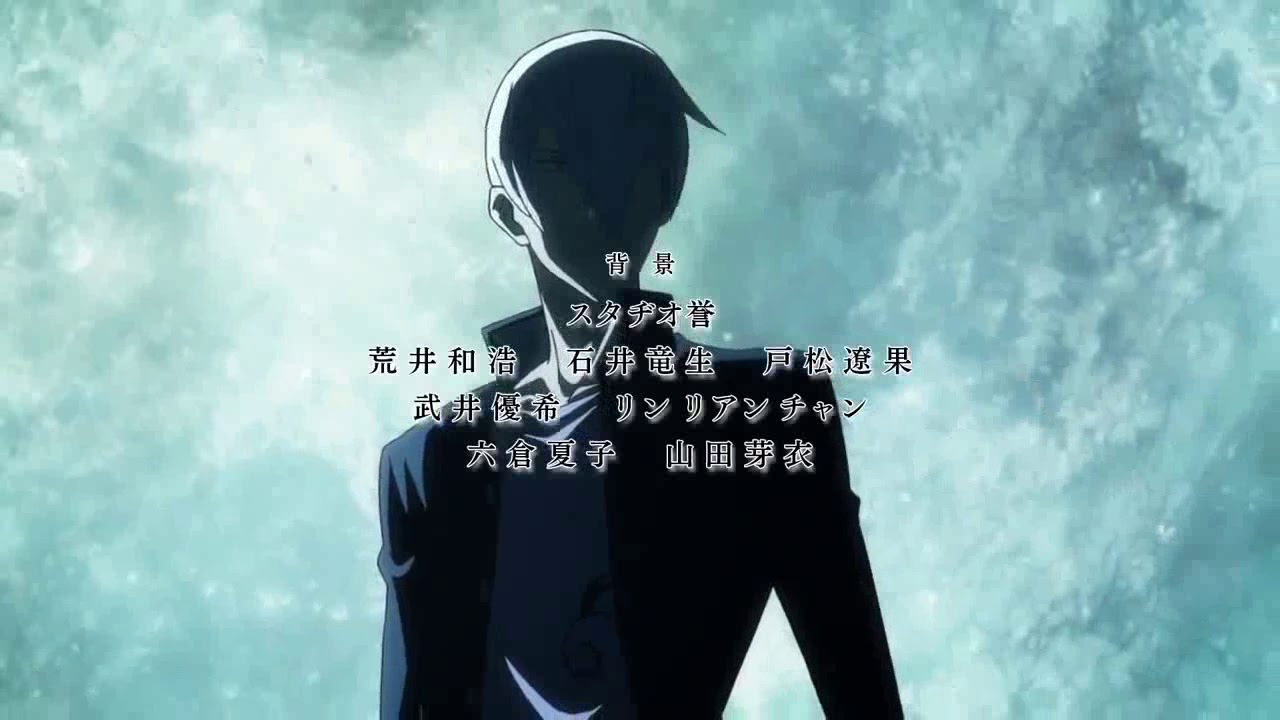 I’m not a fan of auto-tune, so thankfully it’s only the opening few lines that get this treatment as it quickly explodes into full blown metal growls accompanying a power lead singer and backing beat.

So, erm, you know that thing about not picking songs based on the opening visuals–well I must have watched this ED (with visuals) so many times that I can’t help but get the image of 20+ naked anime girls out of my head when I hear this song. So, I’m a little biased, so what?! The song’s still pretty good! Ahem… 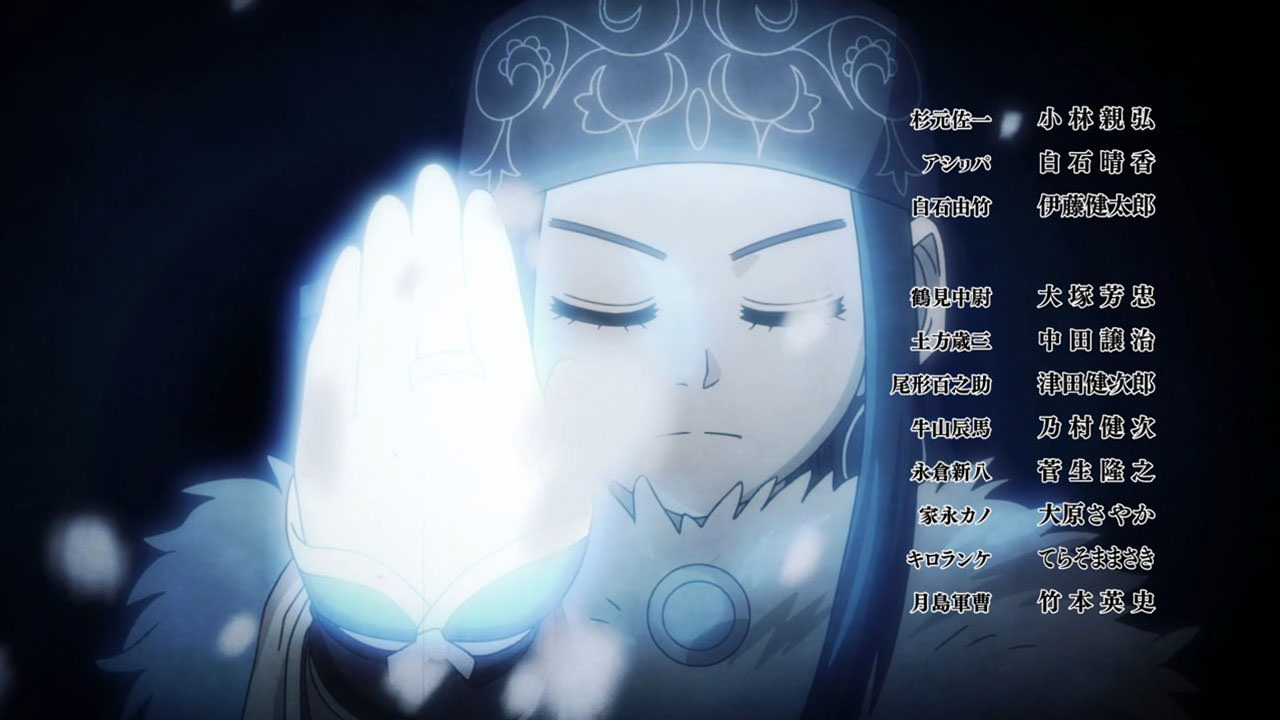 The vocals are a bit rough around the edges but they work really well with the raw rock sound this song delivers. 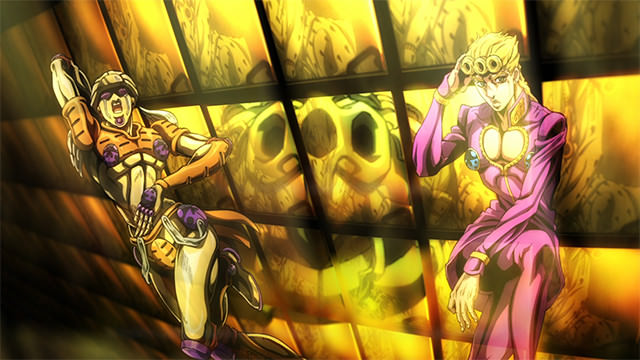 Oh, JoJo, you scamp of an anime you! It seems like with each JoJo ending things get more… self-aware? I don’t know, I don’t even watch the show I’d never heard of this slow and sexy RnB song before I did this list but all I know is this song will forever be linked to this silly anime in my mind.

~Number 4~
“RED” by Survive Said The Prophet from ‘BANANA FISH’ 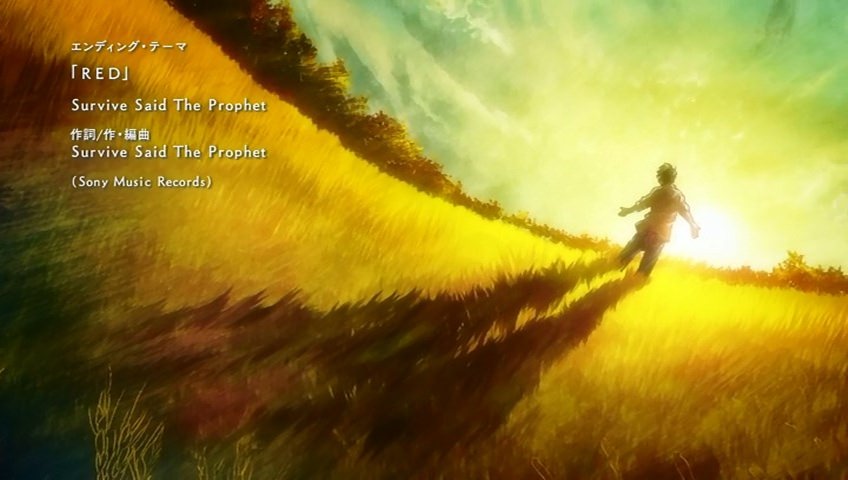 ‘Survive Said The Prophet’ delivered my favourite OP of the previous (Summer) season and while this song isn’t quite as impactful as that particular banger, it’s still an emotionally charged and dramatic track that makes me want to download and listen to all of their songs–it’s that good! 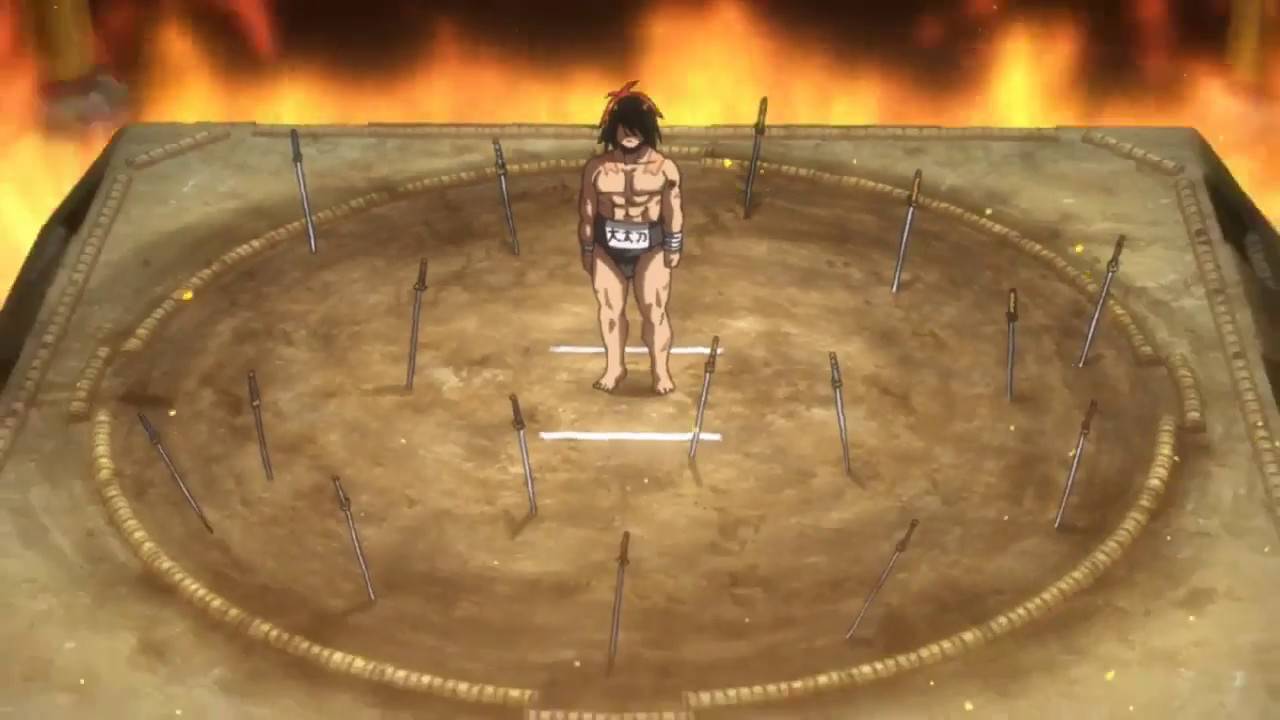 It starts off sounding like a song by ‘Rammstein’ and then morphs into its own unique beast, and one to be reckoned with. Pure, undiluted energy and it just plain rocks!

It starts off at such a high level of energy and somehow just keeps building and building and building before exploding in a joyous celebration of all things fun! If I exercised (like even at all) this would be my Number 1 work out song… speaking of Number 1 it just narrowly missed out on being my Number 1 ED song. But before we get to that, some honourable mentions…

Both of the honourable mentions are here because they failed to meet one of the strict criteria I have for these lists, that being only 1 minute 30 second OP’s and ED’s are eligible. I love this adorable ED, it’s so quirky and sweet sounding but being just a minute long means it doesn’t qualify, but it deserves at least a mention! Also…

If I was sad about not including the previous song, I’m absolutely devastated that this beautiful work of art is ineligible for the same reasons. That said, the one minute ED version–while lovely, is nothing on the full-length version which includes vocals from all of the female cast not just the titular Bunny Girl senpai, here just listen for yourself:

So here’s the thing, I’ve always been fond of ‘punk’ music, while never ~actually~ listening to any of it beyond what became “popular” ‘The Clash’, ‘Green Day’, etc. So hearing something vaguely punk (or pop-punk, if you will) in this assortment of anime ED’s was an unexpected delight! Maybe it won’t hold up to repeated listens, maybe there’s better ending songs out there, but right now, this is the shit!

And there’s my list of the Best Fall 2018 ED’s! Agree? Disagree? Please leave your thoughts in the comments section below and thank you all for reading!