If you haven’t read Day 1 & 2 of my Japan Trip 2017 blog series, please do so before reading this post for context and continuity’s sake.

Okay, so Day 3 of the Japan Trip 2017, still in Akihabara I presume? Indeed. And for once we actually had something resembling ‘plans’ as opposed to just wandering around. aimlessly. But we got up early so time for some aimless wandering! 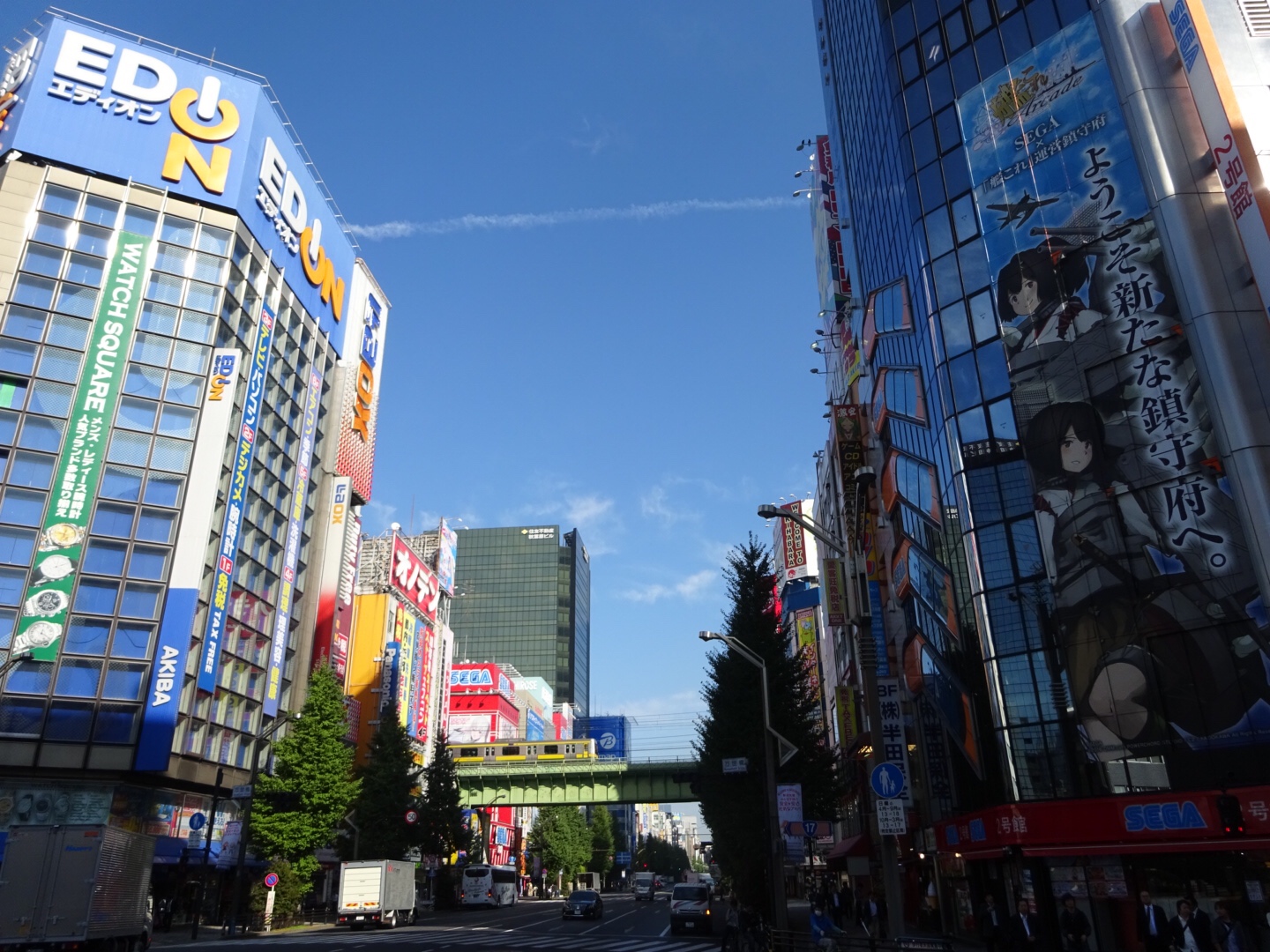 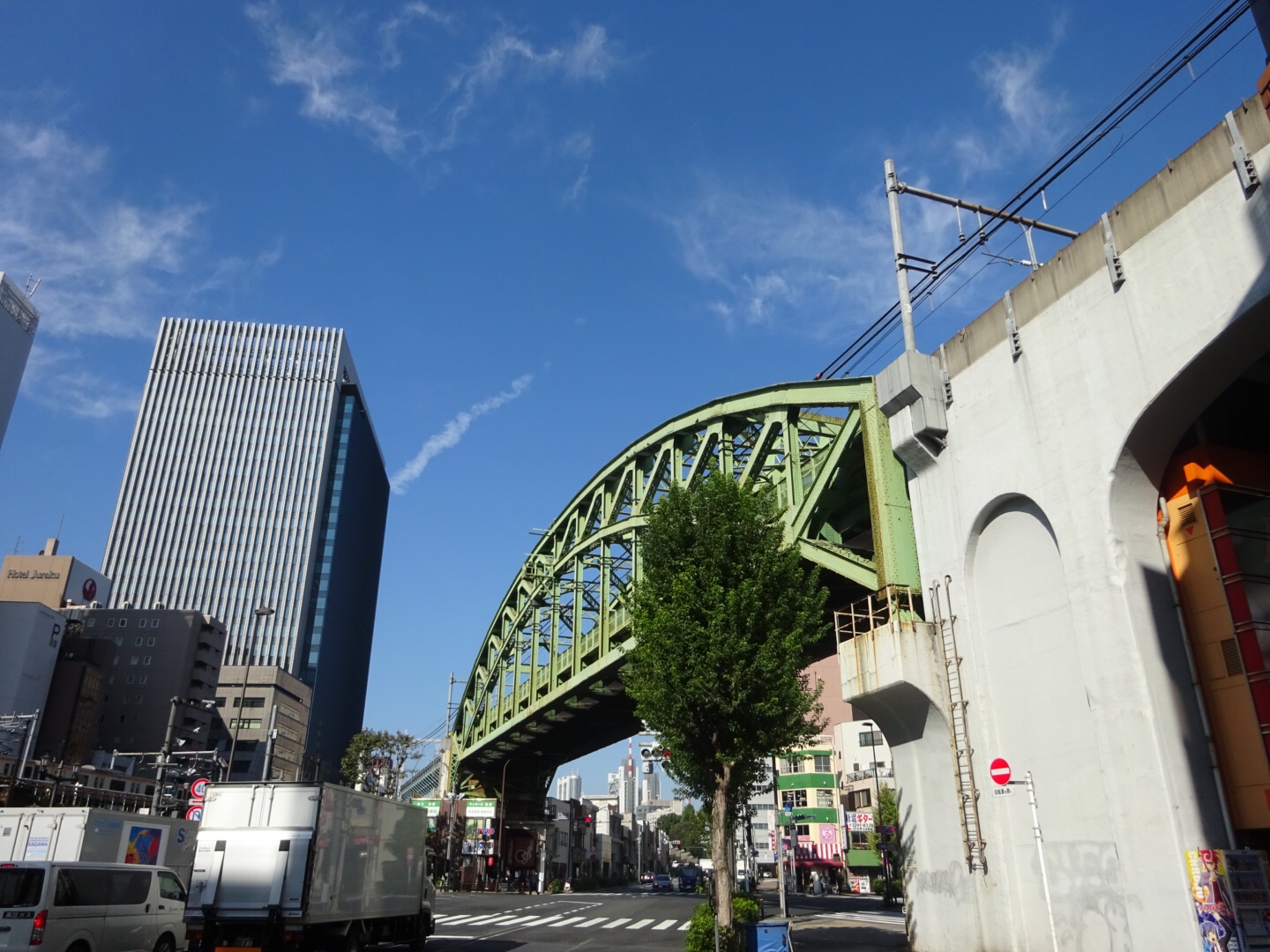 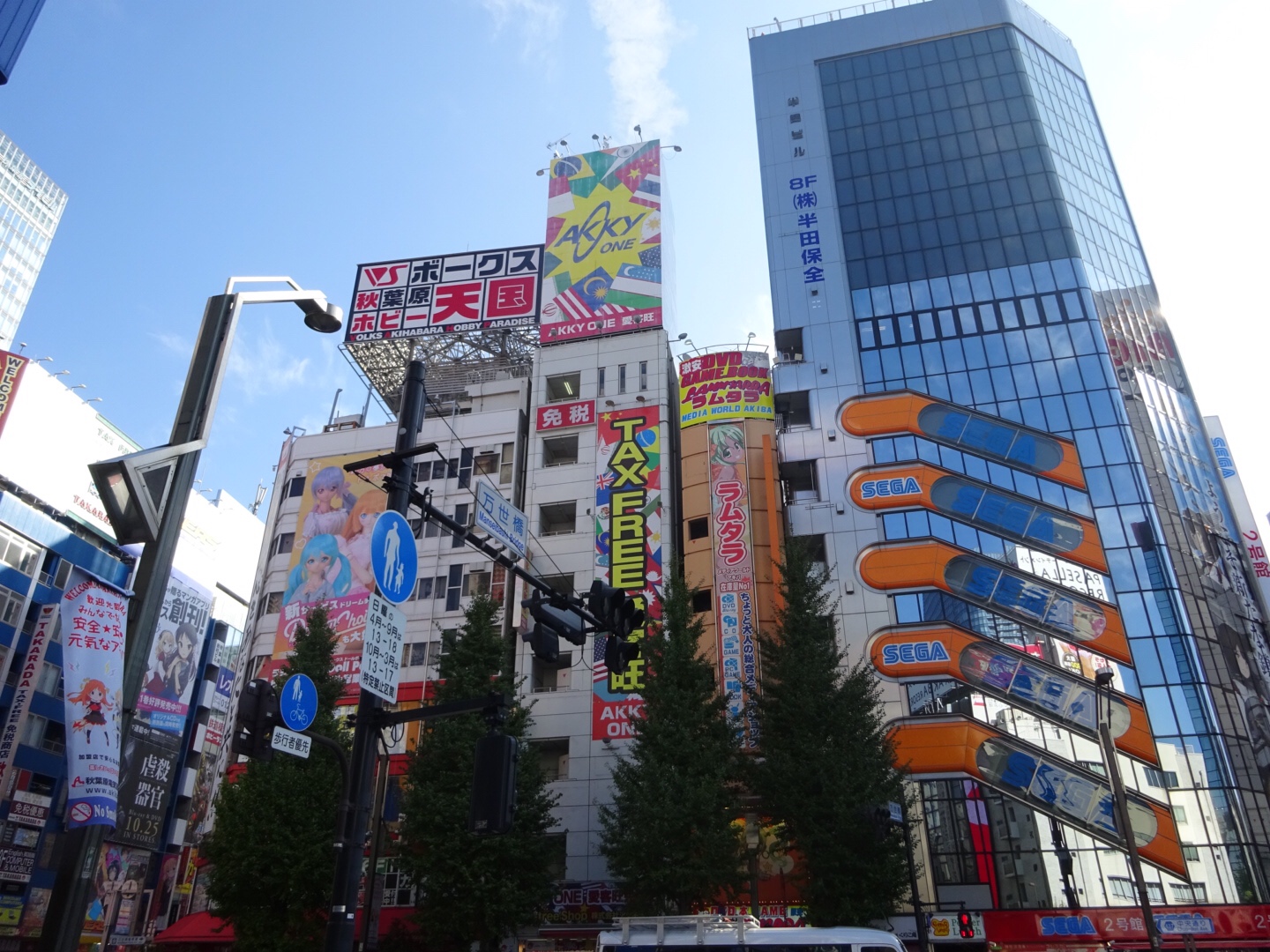 Some scenic shots I see. So what about these “plans”? Well, we had booked a ‘Maid Tour’ of Akihabara which is basically just aimless wandering around but with someone who knows lots about Akiba showing you around and talking about history and stuff! Also with the added bonus of being with someone who spoke fluent Japanese and thus were able to go to places we might feel intimidated to go to otherwise.

I shudder to think where you of all people would be intimidated to go in Akihabara… Why a maid cafe of course! I’ll spend a little bit of time talking about this because it truly was a unique experience. So this was the ‘@home cafe’, among the more reputable of establishments in the area. The place was extremely busy with a queue outside the door (which thankfully we skipped because our tour-guide made a reservation ahead of time).

We were seated at a table near the back and handed menus which had all manner of cute items to eat and drink. Because we were on a fixed time schedule for our tour we opted for just a drink rather than a meal, after we ordered and received our drink the maid serving us asked what we’d like drawn on top. At the time my Japanese vocabulary was rather limited so I simply said “neko”.

Right. Anything else happen at the maid cafe? Only the most silly thing I’ve probably ever done in public! So after the drink the maid comes to us with a list of the maids that are working and ask us which one we want to have a photo with. Then one-by-one we are called to the stage (yes there was a stage at the front of the cafe) where we pick a cosplay item, then a pose to make and get a polaroid taken!

Wow, I’m surprised you shared that with us… that’s… uniquely embarrassing! I think the word your looking for is “kawaii!” Honestly the whole experience was surprisingly wholesome considering, not to mention just a lot of fun. I don’t know how much fun it would have been without our fluent Japanese tour guide, I mean you could probably muddle your way through it but it was just so easy with her. Anyway, afterwards we were given a souvenir booklet as well as the ‘License of Your Majesty’ which works as a loyalty card, yes they have a loyalty card which upgrades and gets better rewards the more times you visit. While we were there a patron was having an ‘upgrade ceremony’ where he was ranking up from ‘Platinum’ card to ‘Black’ card which we were told by our tour guide meant he had visited the place 2000(!) times! Talk about customer loyalty!

I don’t even know what to say to that. All in all it was a truly unique and unforgettable experience made better and more ‘relaxed’ because of our tour guide, Emi. I doubt I’ll go back there though, I’m not into real life maid cafes anyway, I’ll stick to the 2D anime equivalent! Anyway after a couple of extra stops to places like Super Potato (a retro game store) and Kotobukiya (a figurine/merch store off the main strip) we had to bid farewell to our tour guide. All in all I’d recommend taking the tour, even if you’re pretty clued up on Akihabara, its history and its various hot spots it was just a pleasant and fun experience!

Okay, well glad you had fun! What happened after the tour? What do you think? More aimless wandering of course! 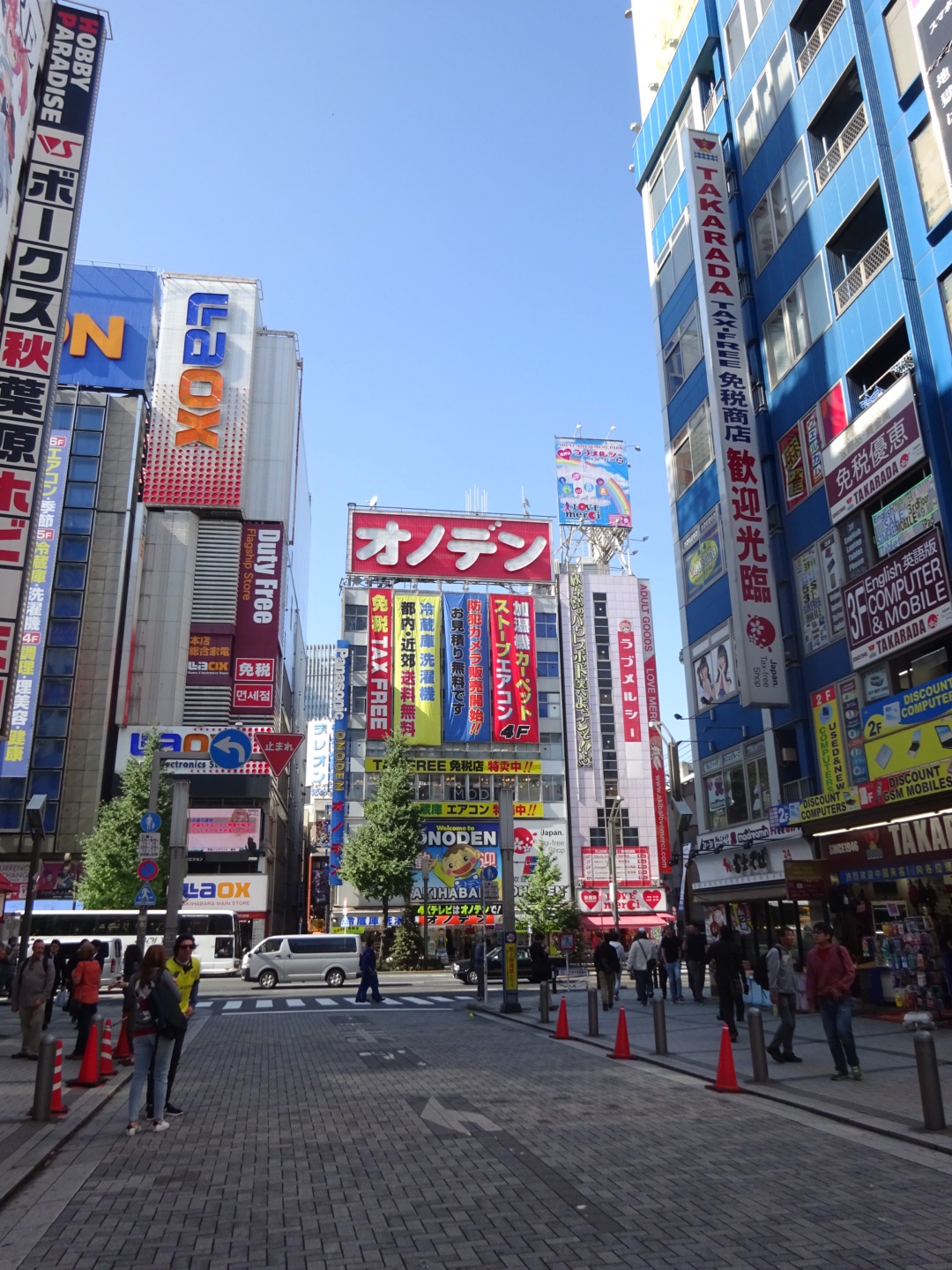 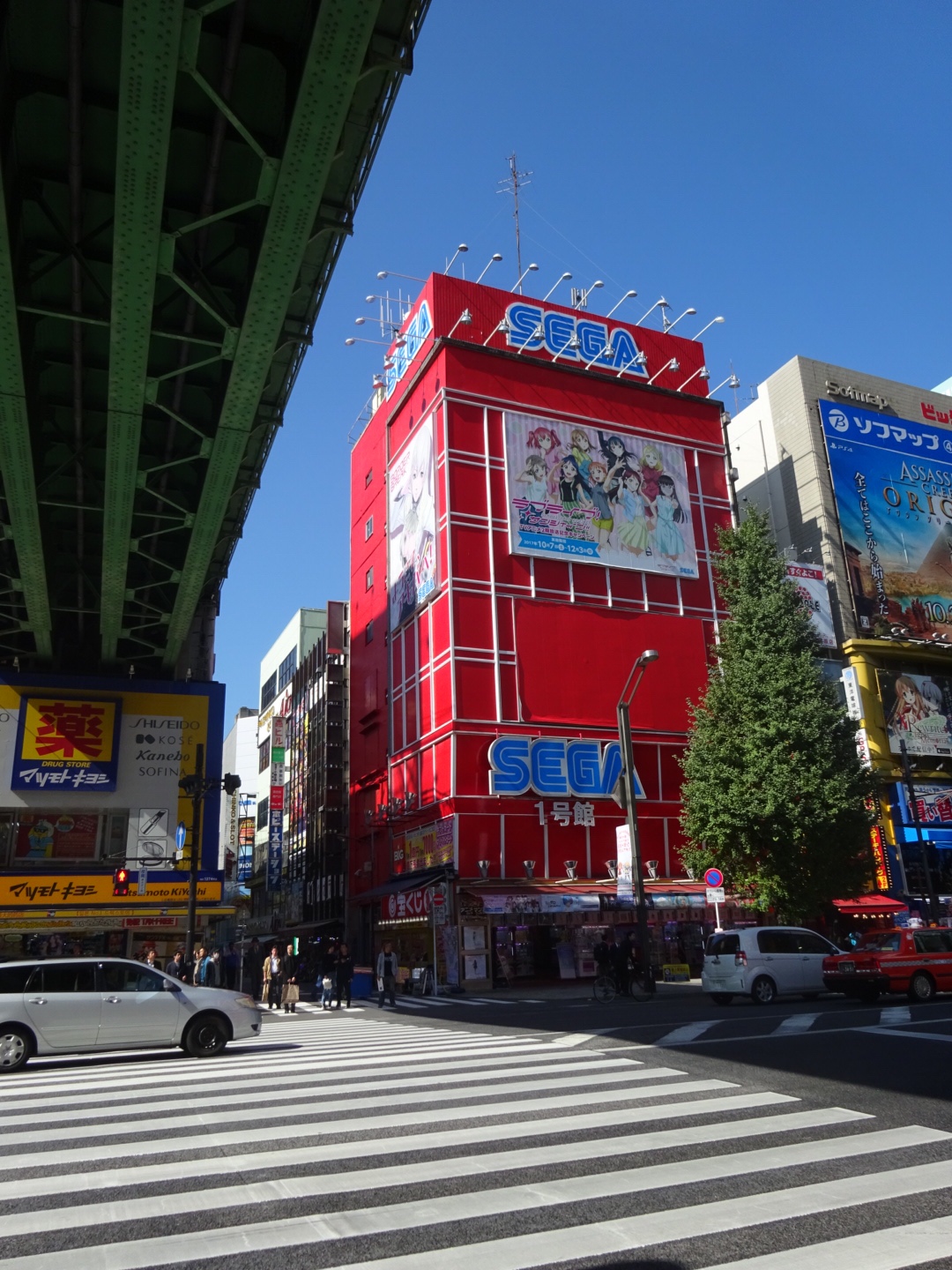 Oh and of course the obligatory photo in front of something lewd, because of course I did!

Geez, what did your ‘irlwaifu’ think of you taking all these photos? Who do you think was the one with the camera?! Besides she had her own husbandos to pose beside…

Well that’s… certainly something. Anything else you did on Day 3? Gachapon!

Gesunheit. No, gachapon, they’re capsule toy machines and they’re everywhere in Akiba! Here’s a picture of a whole bunch of them in the side alley beside the Toranoana building.

Right. So what kind of toys do these machines dispense? Oh you know just anime merch like keyrings and rubber stamps and mini figurines for various anime, also taps.

I, uhh… huh? Yeah that was pretty much my reaction too. I tried to buy one but it wasn’t working, guess taps are too hot for this site! But while we’re on the subject of gachapon machines we were exploring a shop of ill repute under the streets of Akiba when I found this particular dispensary. Yes, that’s right, it’s a panty vending machine!

Good god, so the legends were true?! Well first of all let’s get one thing straight, this isn’t one of those “used panty” vending machines that circulates urban legend websites about Akiba, this was just a regular, wholesome gachapon machine underpants, brand new, never been worn, except in your imagination by the anime girl of your chosing… I mean I assume that’s what this is for? Women aren’t certainly going to underwear shopping from a gachapon machine are they?!

This was weird, just sayin’… Don’t worry, next comes Day 4 and we’re going to a theme park! Nothing but wholesome family fun at a theme park!