So, uh any #problematic stuff in this week’s episode? You can breathe easy that rant mode will not be engaged this episode, we’re more or less in the clear.

Phew, what a relief so no controversial material at all. So what’s this episode about? Voodoo dolls, haemorrhoids, middle-schooler pubic hair, menstruation, robot boyfriends, cutting your own fringe and pulling up daikon’s.

…I think I’m gonna need a minute… Take your time.

No, actually, what the heck?! “Middle-schooler pubic hair”?! What the heck kind of show are you watching?! The most consistently unexpected comedy of the season, my friend! And it’s ~fine~ it was just her grandfather talking about it, nothing seedy about it—why you so hung up on this one thing?

I, uh… nope not gonna bite, let’s move on! So how many segments are there and how many are good/funny? Four segments and all of them are funny to varying degrees, but the second and third segments have the most laugh-out-loud moments. The third segment, where Olivia attempts to cut her own hair because the weather is too hot outside was especially relatable to the irlwaifu who l don’t think I’ve ever seen laugh so hard at an anime (not at least since Pop Team Epic). 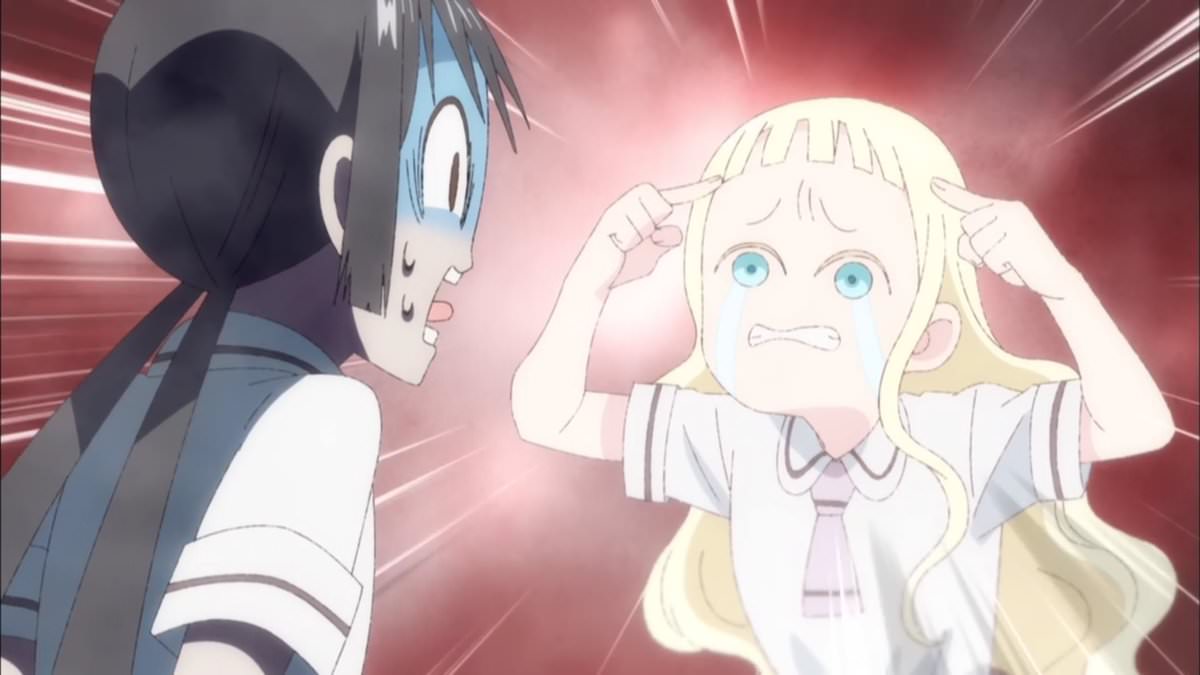 Relatable, huh? I guess so, can’t say I ever cut my own hair and stuffed it up as royally as Olivia did but considering the original mangaka of this anime is a woman I’d say this is probably something relatable to the things a lot of middle and high-school girls do/did. Still, I could appreciate how funny her increasing desperation was to fix something that’s un-fixable while simultaneously making it worse—the perfect comedy of errors. Personally I preferred the second segment about Hanako coming second in the school tests despite her study and then getting a robot boyfriend built by Maeda and her grandfather but that’s only because I prefer absurdity to reality. 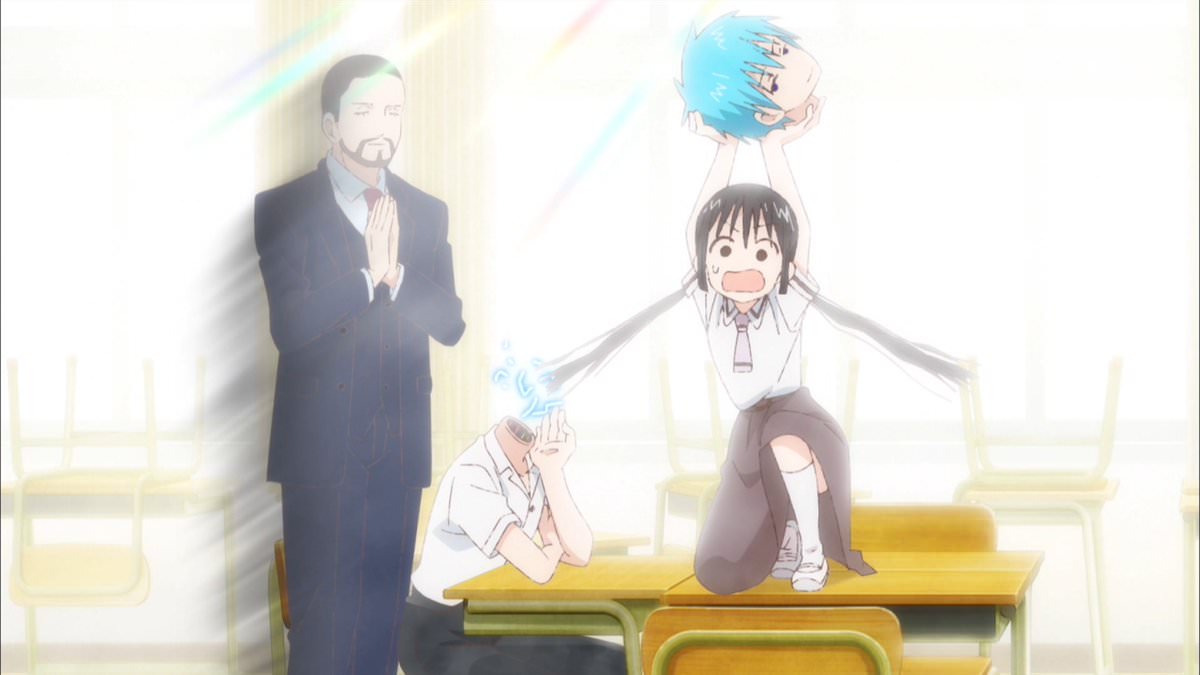 Anything else you wanted to add? Not really—when a show does something consistently well it’s hard to review. Which I mean is fine and all it just doesn’t really make for the most compelling reading. Once again though, Hanako’s “assistant” Maeda steals the show in the one segment he’s in—I’m glad they’re using him sparingly because his shtick is predictable but it’s still hilarious all the same—his line deliveries are beyond reproach and perfectly compliment the manic energy of the girls!