What’s the show? Last Period: the journey to the end of the despair, Episode 10.

So last week you refused to talk about the details of the episode because you didn’t want to spoil the reveal of a joke. Can you at least even talk about this one? Thankfully, yes. In fact it’s almost the opposite of last week’s episode in that I want to tell everyone about it!

That good, huh? I’m not going to pretend like this is some life changing, genre breaking half hour of television but I just really dig it when a show is willing to just run wild with an idea! 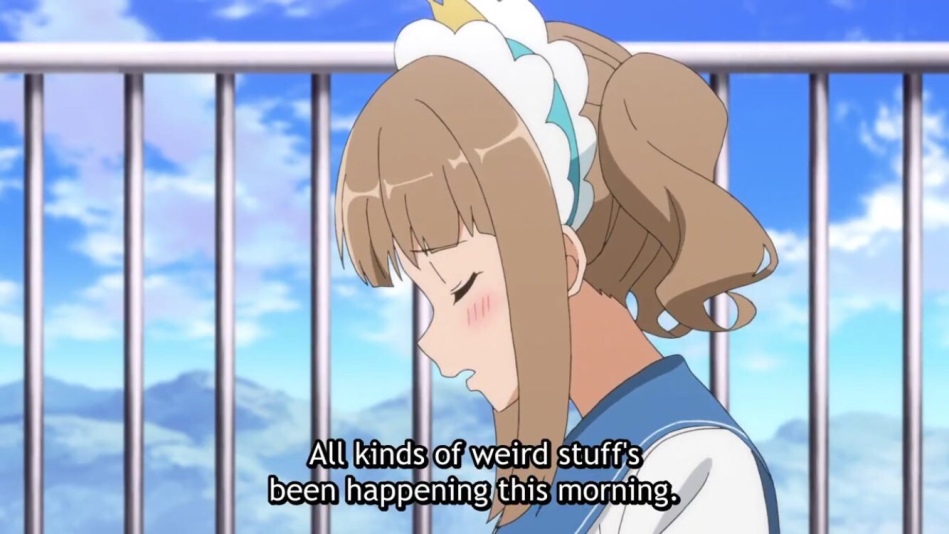 Okay, interesting. So what’s it about? Well Haru, Liza, Gajeel and Choco are chasing down Wiseman when they end up finding their house–a grand and palatial estate–miles away from the slummy shared living that Haru and his friends are used to. Inside they find Iona–the “call girl” responsible for all of Wiseman’s over-powered five star ‘calls’ (and my new best-girl as of last episode) and tempted by the idea of having their own five star supporting character they have her do a call… only for things to go dreadfully wrong!

Oh? Well do tell. Are you familiar with the UK science fiction series Black Mirror?

Uh, let’s assume I’m not. Well it’s a twisted near-future sci-fi series that’s kind of like the Twilight Zone but for technology gone awry! Some of its very good and this episode reminded me of an anime version of one those episodes.

That’s unexpected. Yup, it’s straight-up psychological meta-horror and at times it’s very unsettling–at least if you’re expecting the bright and bubbly show it often is (though this show is just subversive enough to absolutely pull off this kind of turn without it seeming like tonal whiplash).

Is it still funny though? This is a comedy last time I checked… For sure, to get into a few details about what the episode is actually about… after the ‘hero call’ goes amiss, Iona and Choco wake up in a barn with a strange device they don’t recognize (it’s a smart phone FYI) and on the phone are 3 apps. Upon pressing the first one they find it’s a game called ‘Ensemble Girls!!’ and in place of one of the main girls is someone who looks suspiciously like Liza–yup she’s trapped in a mobile Visual Novel style collectible card game! And she only starts to realize something is amiss when she starts to feel the presence of someone watching her and the prodding of invisible fingers assaulting her in class! 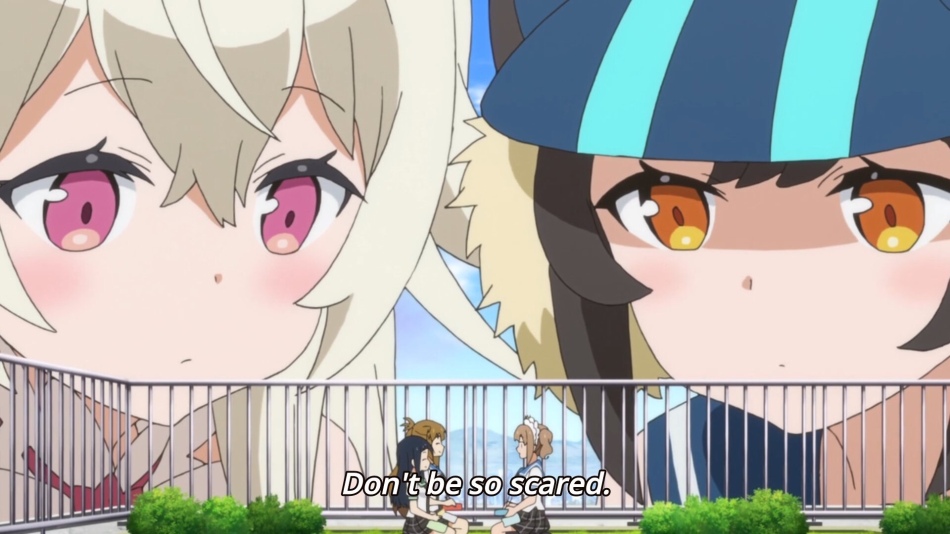 What about the other two? Well the episode almost takes an anthology approach, the second game is an idol VN type game filled with handsome boys called ‘Ensemble Stars!’ and this one is decidedly darker as Haru finds himself unconvinced by this ‘life’ of his–even as Gajeel tries to convince him of its normalcy. It’s not until a classmate shows him a new mobile game he’s been playing called ‘Last Period’ does Haru’s world (and mind) start to crumble.

Oh and you mentioned there was a third app on the phone? Come now, gotta leave some surprises, don’t I? Let’s just say, I’m both intrigued and delighted by the fact that this looks to be a two-part episode!

Previous Last Period: the journey to the end of the despair Reviews:

If you liked my review and want to support my content, please consider supporting my Patreon page, or donating by buying me a coffee on Ko-fi!

2 comments on “Last Period: the journey to the end of the despair Episode 10 – Anime QandA Review”