Last week ended on a pretty big and important cliffhanger, yes? Where do things go from there? All of the ~feels~.

Well an “emotional reaction” is still a form of a review so go on, what happened in the episode? Well as guessed by the end of the previous episode Okabe has somehow found himself in the alpha world line where his lover Kurisu is alive and his childhood friend Mayuri is dead. Kurisu and Daru are quick to ascertain that this is an Okabe from an alternate world line and attempt to set him straight, namely Kurisu who realizes this Okabe needs to be back in his own world line to be able to properly function.

Wait. So she’s totally cool with dying for the sake of the other girl living? Apparently, and herein lies my biggest problem with the Steins;Gate series on the whole—if I’m being exceedingly pedantic. It’s that the people around Okabe, specifically Mayuri and Kurisu seem strangely okay with dying if it means someone else doesn’t have to suffer. I don’t think most people are nearly as selfless. But that’s a topic for another day.

‘Kay… so wait, what were we talking about? See the thing is, I intended to write an exceedingly glowing review of this episode—that was my overwhelming feeling when finishing the episode and I usually write my reviews within a couple of hours of watching but this episode… but I thought it might be interesting if I waited a while before writing a review and I’m kind of glad I did because while I do still think this is a great episode I also think—more than ever—that this episode only exists for fan-service, the not-erotic kind.

Explain? Well… uh, this is pure speculation and I know we’re only a third of the way through this season but I don’t think we’re going to see an irl Kurisu again… I think this was just a way for Okabe to get a sense of ~closure~ on the whole losing Kurisu thing. And the rest of the series will be about things other than a storyline that’s already run its course in the original Steins;Gate. For example, what’s Kagari’s deal; is she future or is she past, where’s Amadeus gone and how long til Okabe can get a piece of that sweet legal loli Maho—you know the important things!

Right… so this episode is…? It’s really really good, it’s great, heck it’s downright ~sublime~ at times… I don’t talk about this enough in my reviews but the use of music and quiet moments and cityscapes and lighting it’s all nearly perfect—it’s clear a lot of love went into the making of this particular episode. And while dark and foreboding and mournful at times it captures a certain energy that the original Steins;Gate had which is admirable and even enviable for a moment. But this isn’t the original Steins;Gate as much as a lot of reviewers want it to be, this is ‘Steins;Gate 0’ it’s a different, darker, more mature more contemplative beast than it’s predecessor ever was and people really need to stop comparing it to the show it was and accept it for the show it is. But that’s just my opinion… 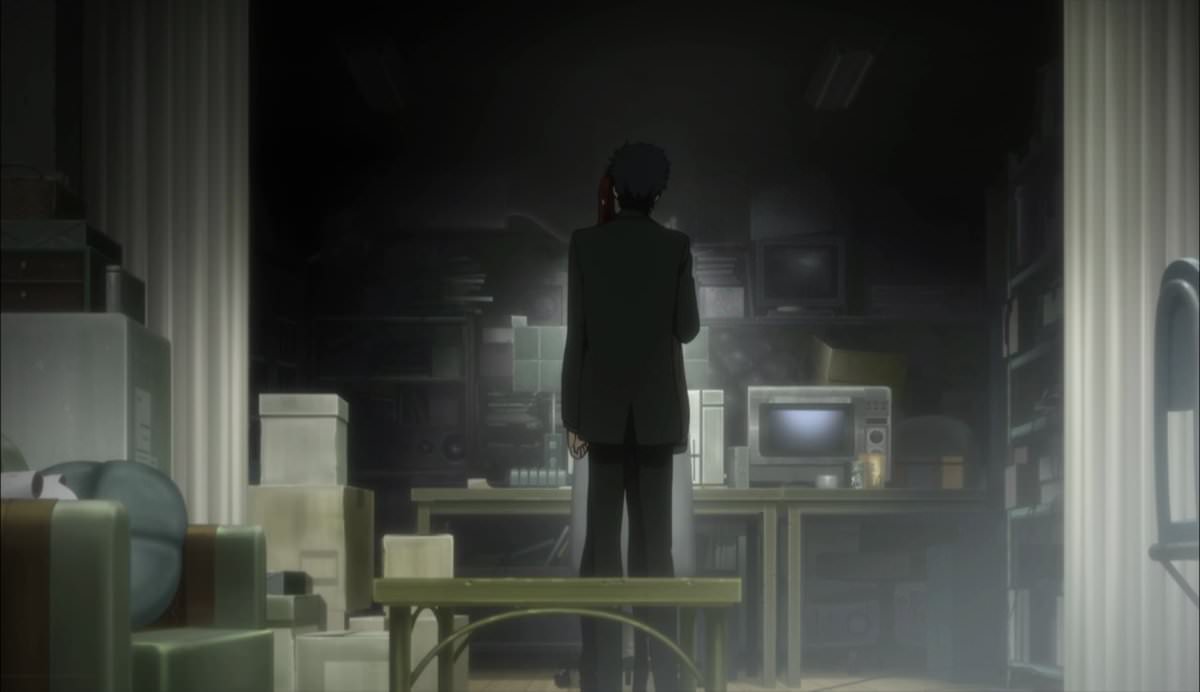