Oh yeah, the time travel show, I remember it because in the review for the first season you horribly insulted me and still haven’t apologised. Yup that’s the one!

Right… so what’s this, doesn’t Steins Gate Zero? Doesn’t a ‘zero’ usually denote a prequel? First off, don’t forget the semi-colon; it’s important. Secondly, good for you, knowing something about something! Yes, in a lot of media including Japanese films and video games a zero or 0 after the title usually denotes that it’s a prequel set before the events of the original (i.e. Ring 0 or Resident Evil 0) But, in this case no it’s not a prequel but rather an alternate world-line (alt universe) continuation of the original season! 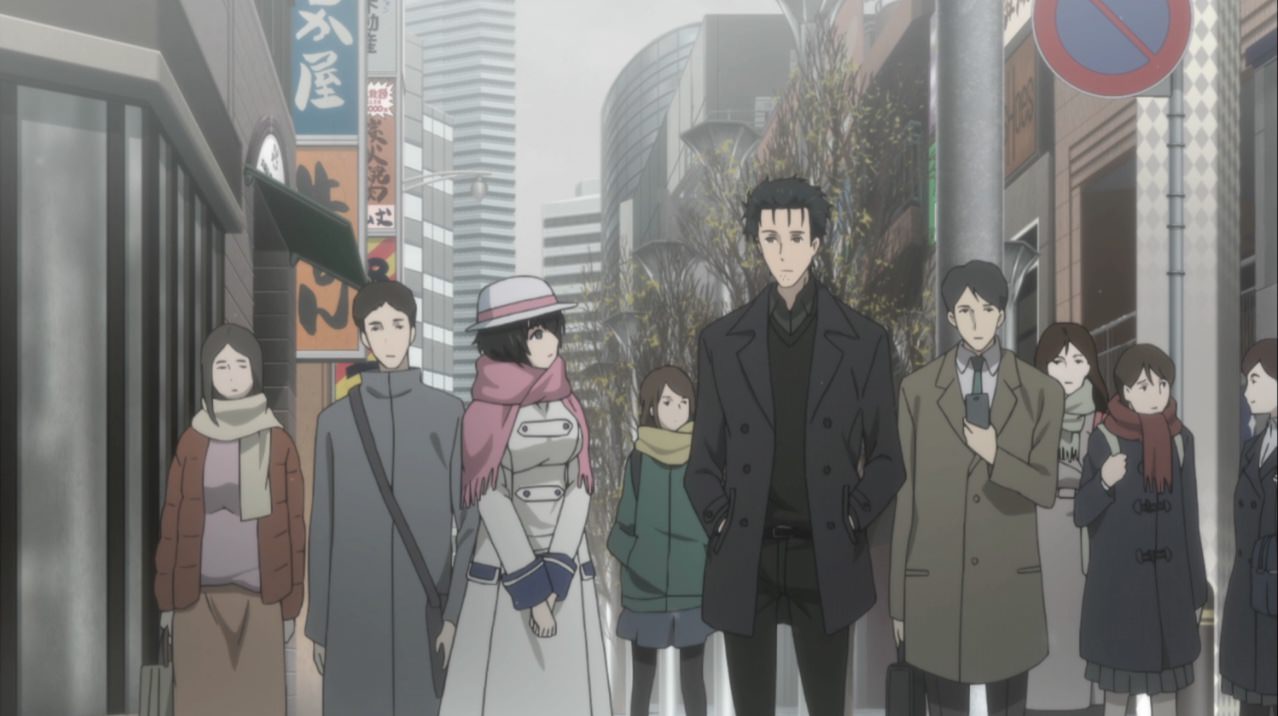 Uh-huh, and so precisely how confused am I supposed to be by all this? Well for you or anyone else who has never even watched the original season you’re screwed, but for everyone else, as long as you’ve watched it semi-recently, or liked it enough to remember it fondly or even just looked up where in the timeline this takes place you should be fine.

Right-o, so when does it take place and what is it about? SPOILERS FOR THE ORIGINAL STEINS;GATE ANIME FROM HERE ON! 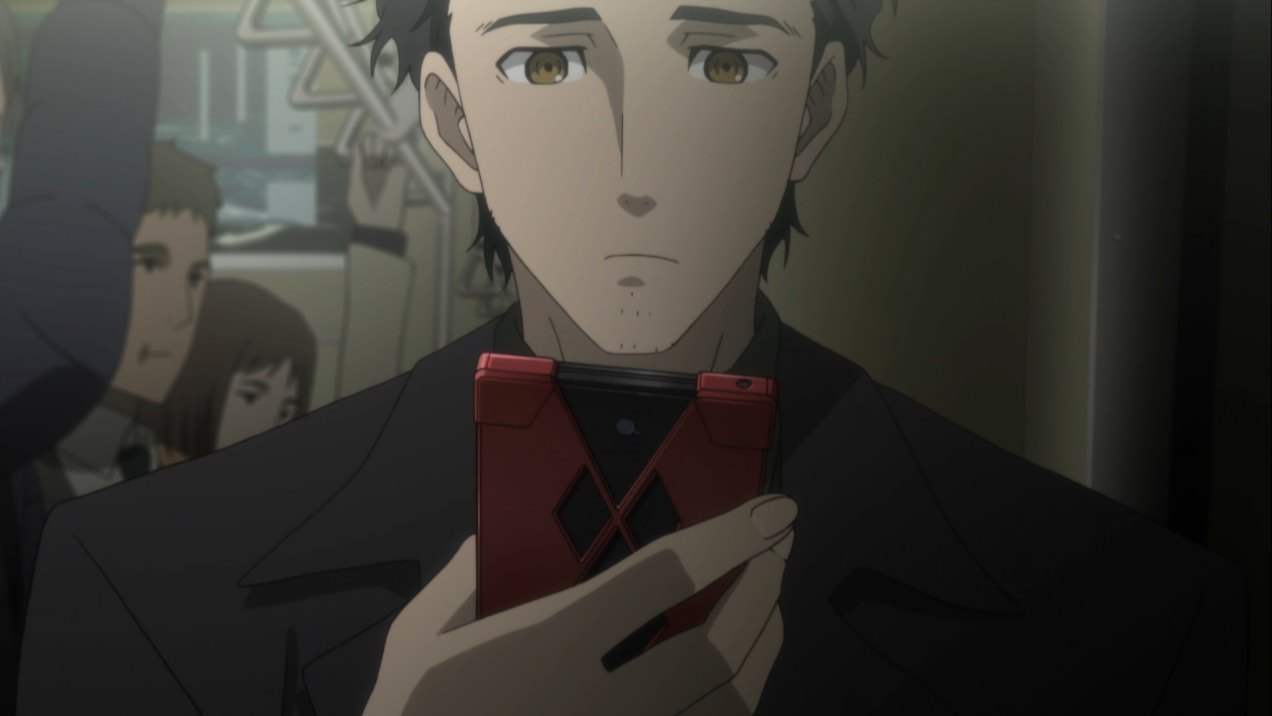 Thanks Mr. Capslock. So basically the original series is all about self proclaimed “mad scientist” Okabe trying to simultaneously save the two ‘loves’ of his life, childhood sweetheart and too pure for this world Mayuri and fellow scientist and all around best girl Kurisu. Also he’s trying to prevent World War 3. He time travels with his “phone microwave” in order to put everything right but around about episode 23 he realises he can’t save both Mayuri and Kurisu because of paradoxes and what not and so he resigns himself to let Kurisu die and continue on with his life. It’s at this point that Steins;Gate 0 stems from. Because in the original series he comes up with a work around that basically involves faking Kurisu’s death or something and they all lived happily ever after. And I know that might sound like I’m being reductive but the original Steins;Gate is among my Top 5 Anime ever so I had no issue with that ‘happy ending’. 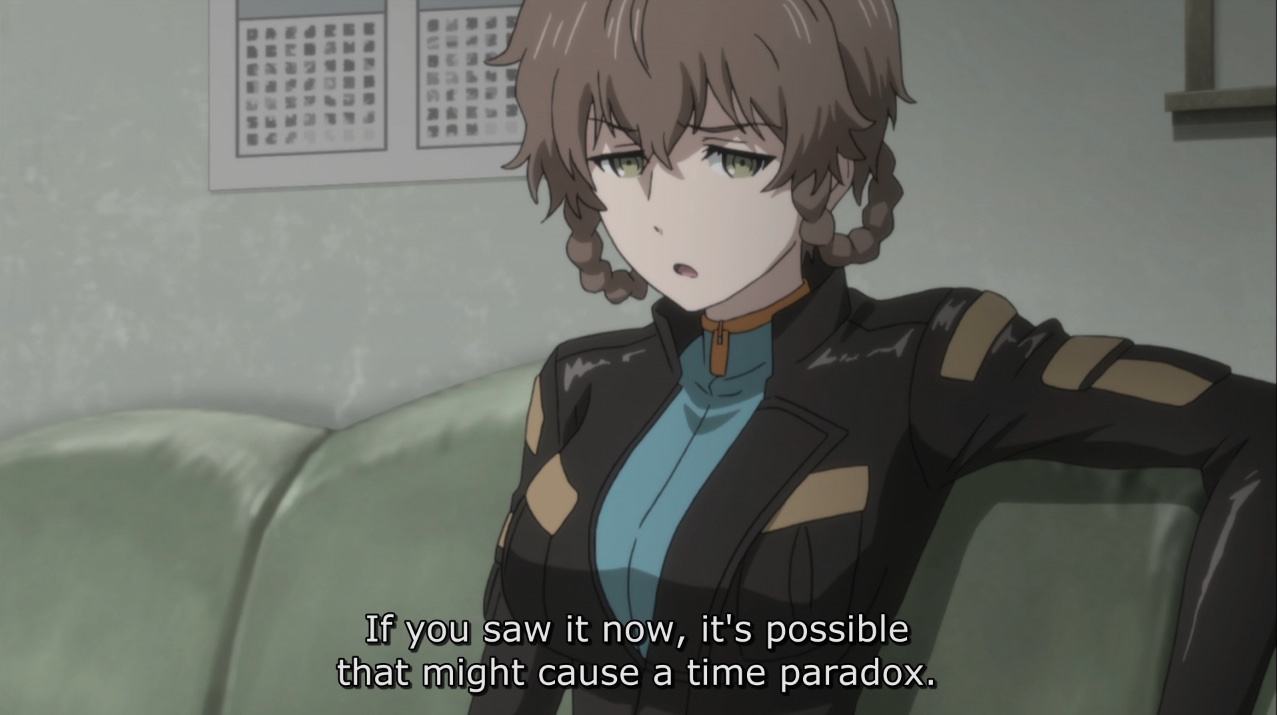 Hmm, so why does this ‘zero’ series even exist if the original is so well received, and it is well received, isn’t it? Indeed, it’s a critically acclaimed series loved by almost everyone. And while yes, I would have been content for the series to end there, I’m also totally cool with having more content with these characters and this universe because they are so unbelievably great. (Well most of them, Faris is kind of annoying) 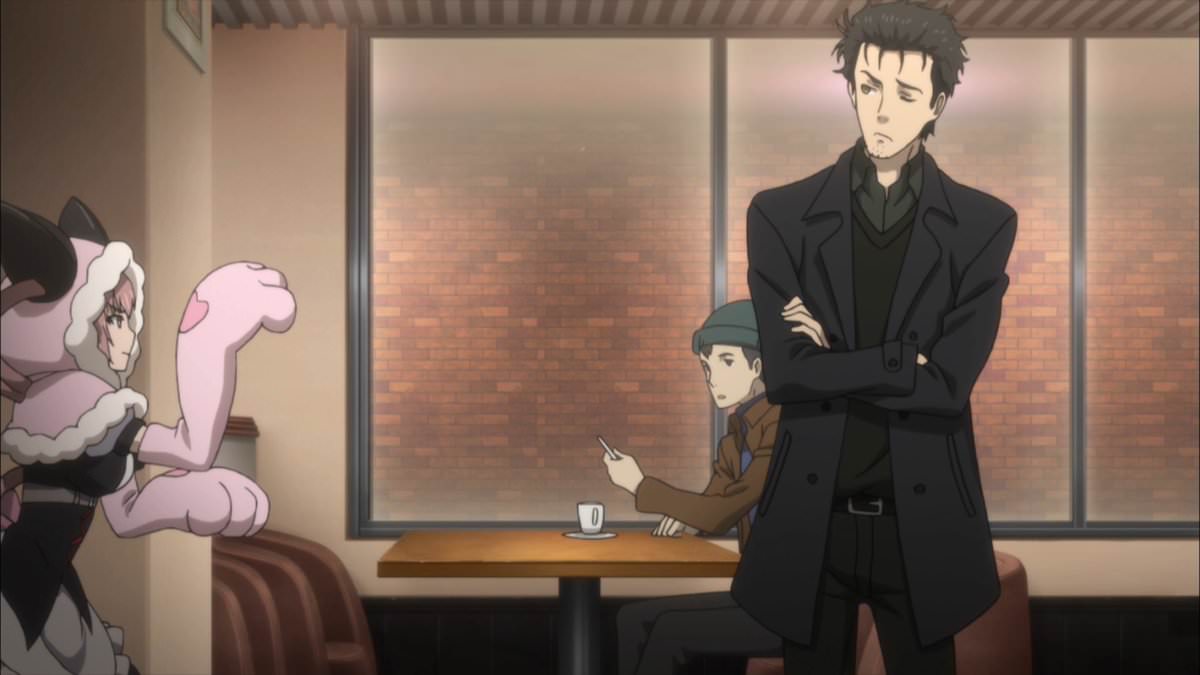 And is this new series as good as the original? If your asking me to compare just 1 episode of this new series (which will be 23 episodes in total) to the entirety of the original Steins;Gate… I will gladly do so! It is just as good, and if you’ll allow me to elaborate I will explain why I think so! 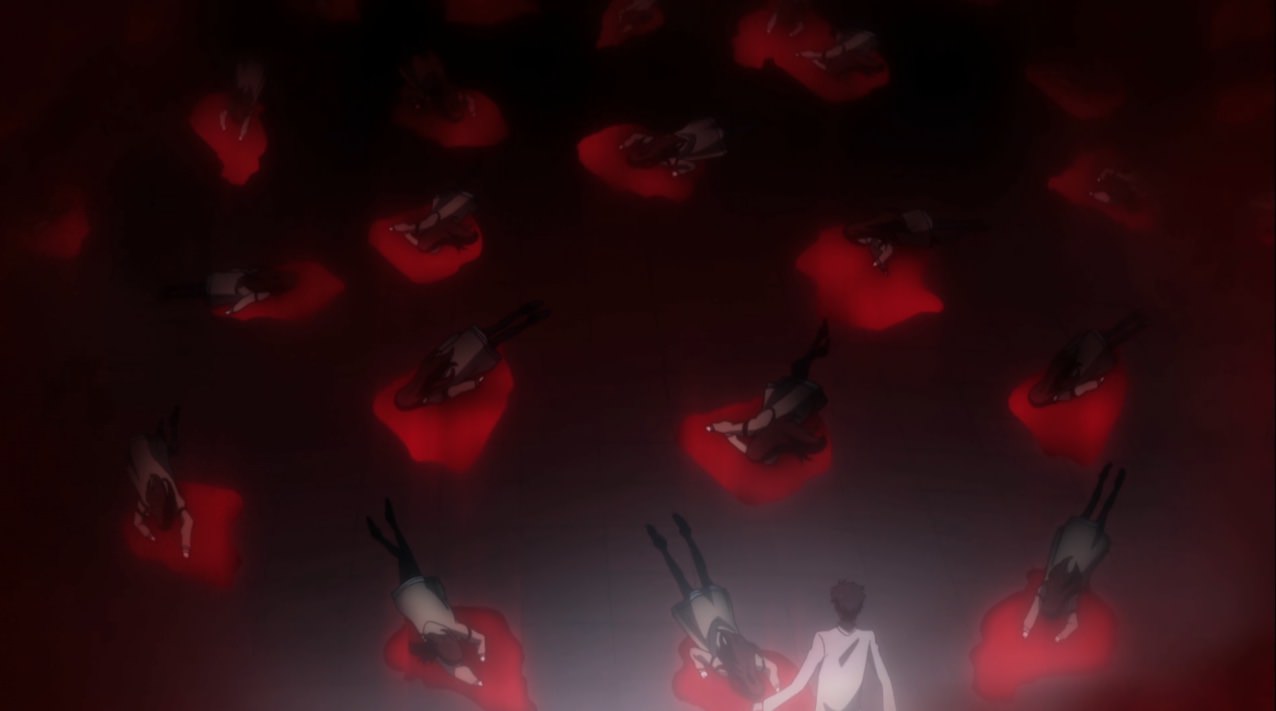 Go ahead. The first season had an awkward half dozen first episodes, that is to say the pacing and story was kind of confusing for newcomers. It was still good, it just wasn’t immediately ‘all there’. Here, however I feel like we’re benefitting from coming in at a point where not only do we already know most of the characters and what makes them tick but also coming from such an emotionally devastating point for our protagonist that there’s the kind of rich backstory that you don’t normally get in first episodes. Yes it feels like a new season, but it also feels like we’re off the back off a juicy cliffhanger that’s slowly unfolding before us. 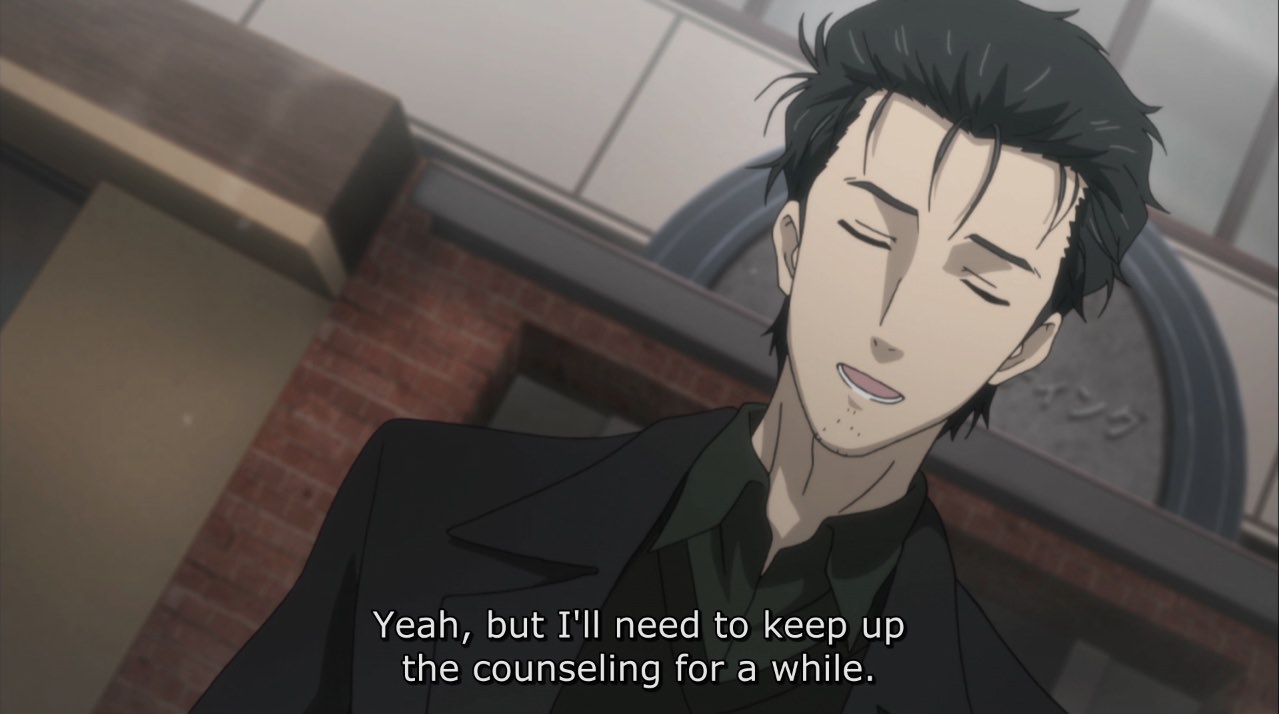 And what about the Okabe, the main character, wasn’t he in a real bad place when episode 23 ended? I see you’ve been reading the notes I left for you. Yes, he was in the worst place emotionally during that time and the show takes the wise move and set it many months after that time. And what we’re given is a kind of quieter, more contemplative Okabe, who’s trying his hardest to move on, whether that means going out of his comfort zone by playing tennis and group dating and just doing whatever he can to distract himself from the lingering, penetrating pain from having lost Kurisu. It makes the show so much more mature, I was actually kind of in awe of how Okabe’s characterisation was handled. It would have been so easy to just make him some mopey SOB but they made him feel like an actual person trying hard to fix his heart and not dwell on the crippling sadness that’s bubbling just below the surface. 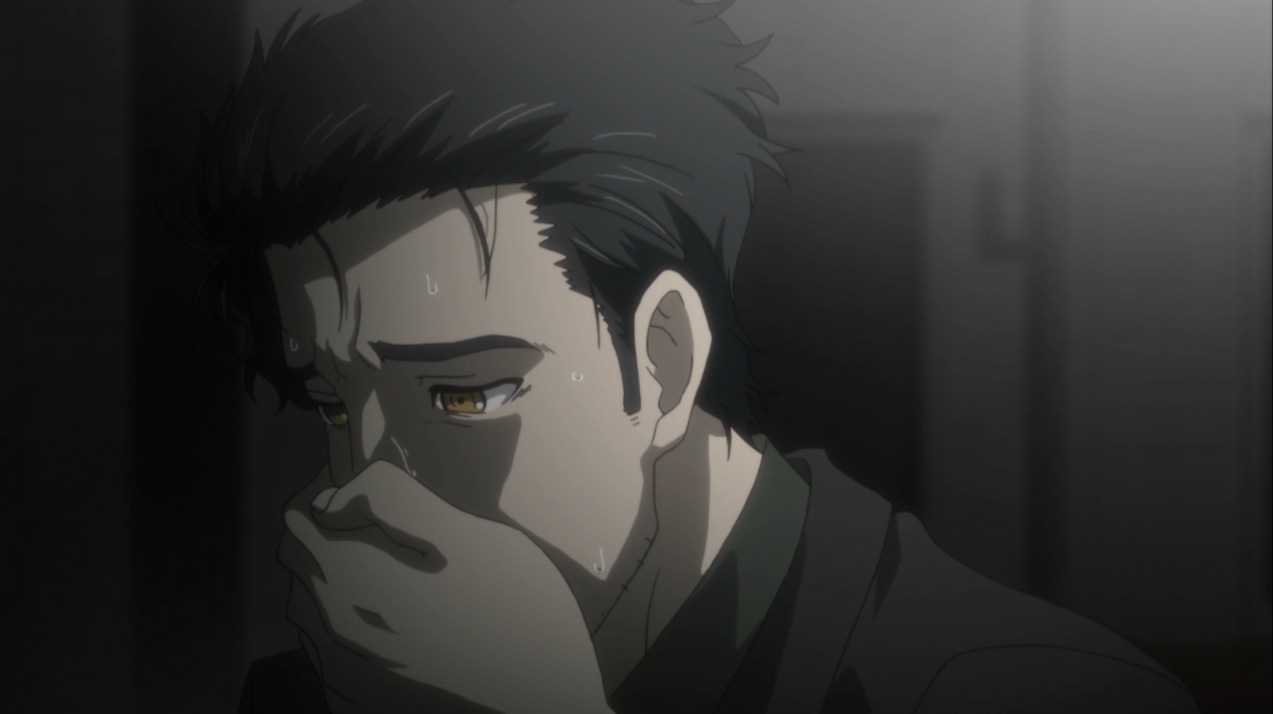 So it’s a different show than before, but not? How’s that work for the audience. The worst thing they could have done was just made the show just feel like it was before without considering how much Okabe is emotionally destroyed up by his decision to give up on saving Kurisu. What we’ve got instead is a complex and layered narrative and characterisation that really means something. 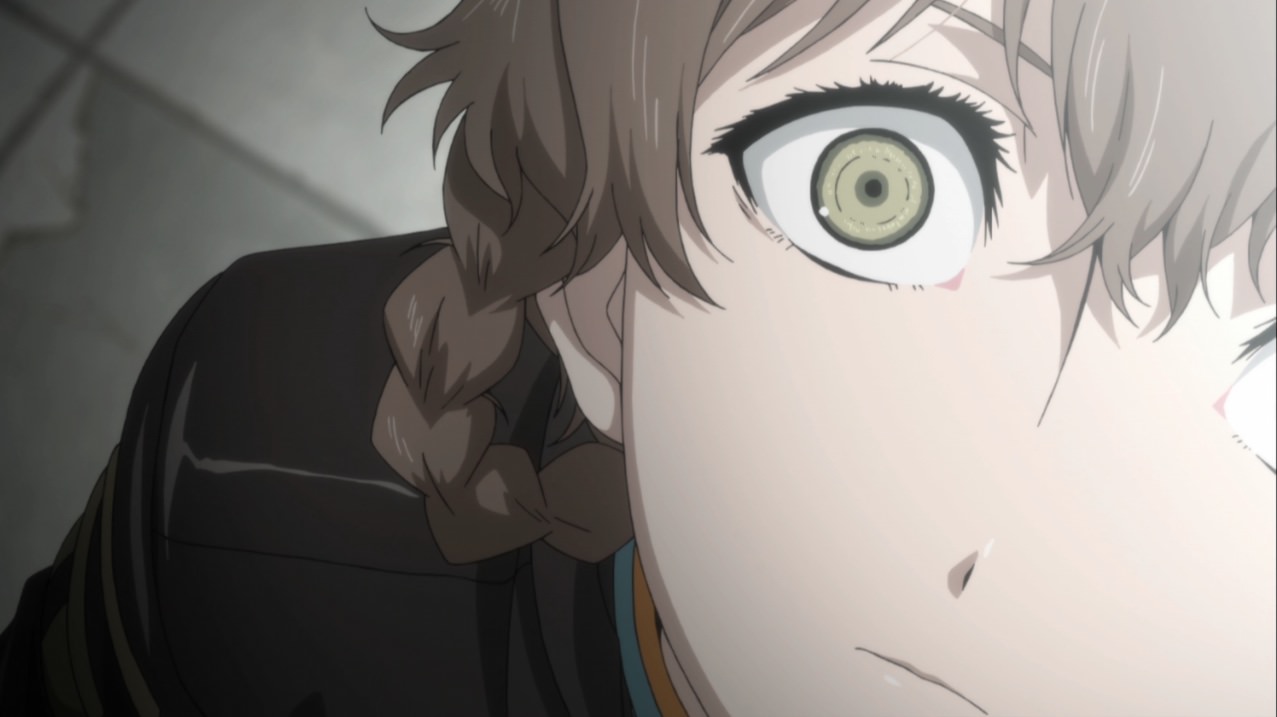 You’ve really built this up a lot, aren’t you afraid people will go in expecting a lot and be disappointed? Nope, don’t care. I loved this new season, its already more consistent than the original thanks to being a continuation of an already established series and all the new things they’ve introduced like “legal loli” Maho Hiyajou and AI program Amadeus are all brilliant. The only way is down! 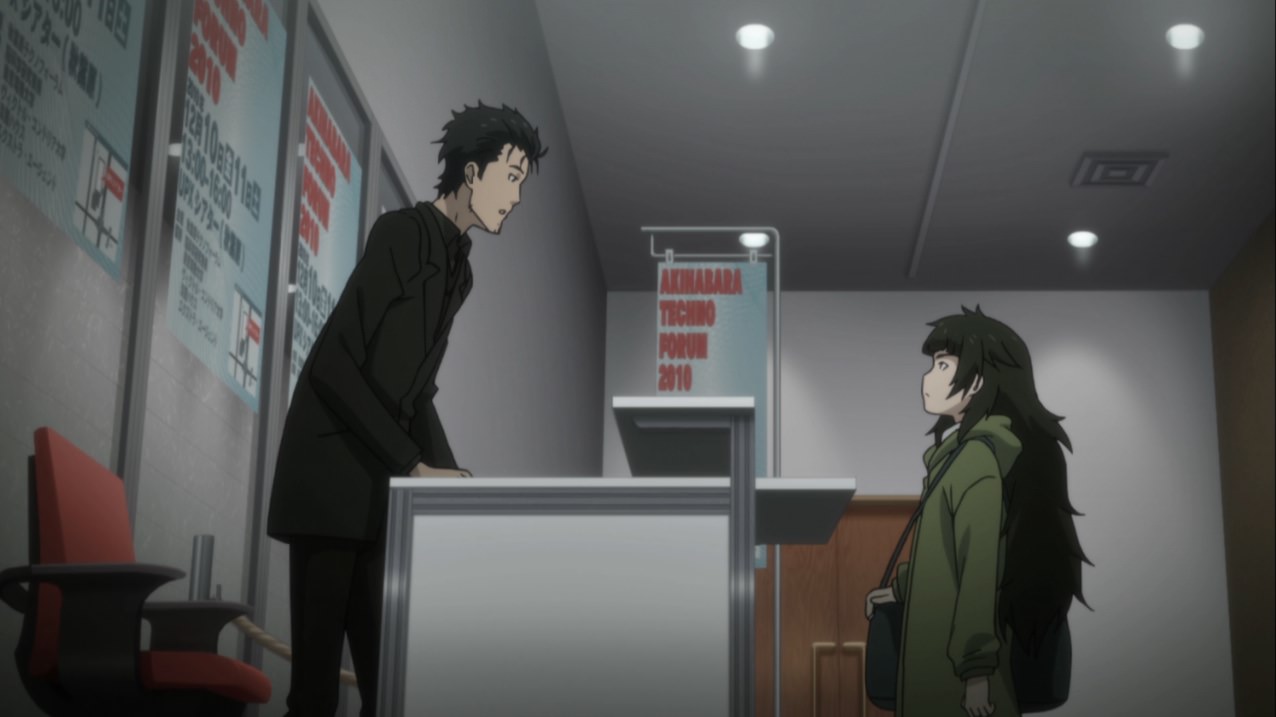 That’s not really a compliment. I know this. I’m not pretending like this show is above criticism, it may very well blow it’s potential and become a trainwreck in future episodes, but as it stands now I do recommend the show and if I’m completely honest I do think it will be as good if not better than the original series and will be remembered as a classic for many years to come. 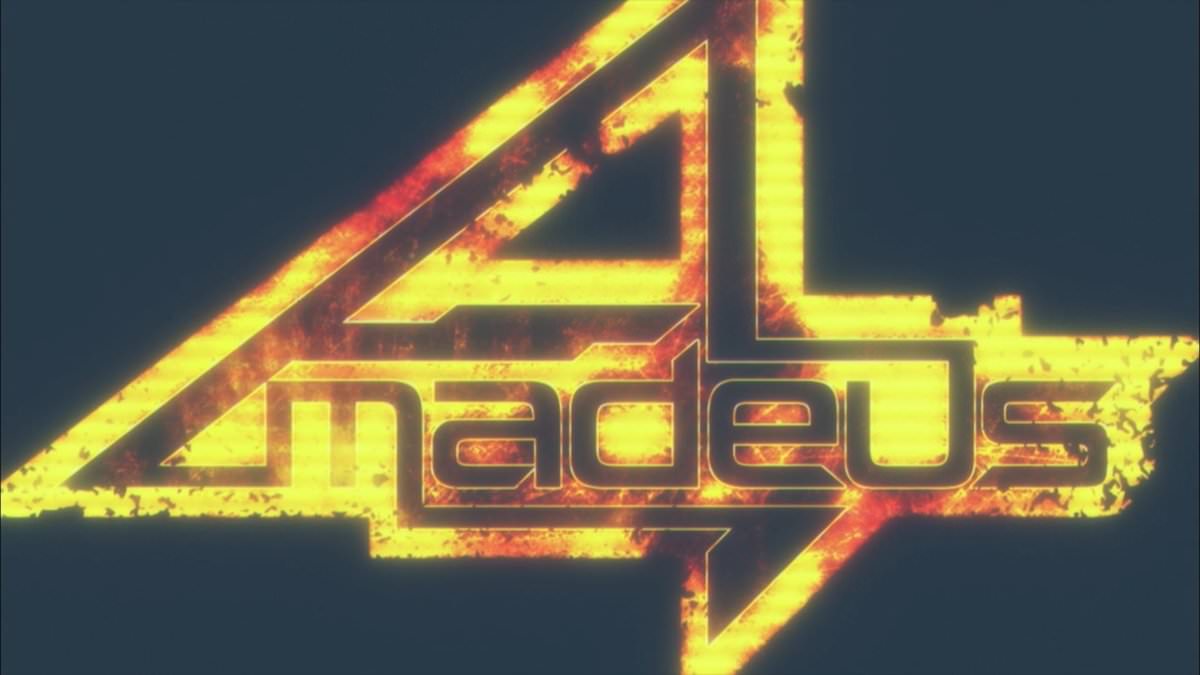