And what’s it about? *sigh* I don’t think I can cover this one.

Huh? What do you mean? It’s your job to review anime and you committed to reviewing this particular new series in that post about the Spring 2018 anime. Yeah, well I didn’t realise what I was getting myself into when I picked this show as one to watch. 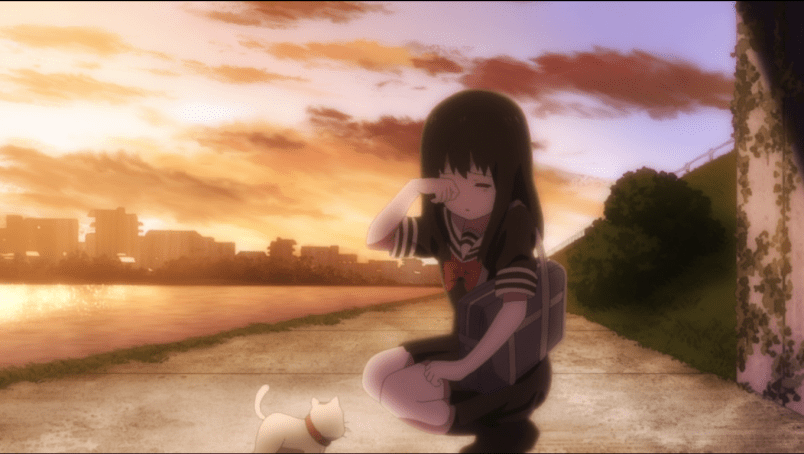 Is it bad? I don’t know how to answer that question. Objectively speaking you could make a case for the show, but personally I just would rather do so many things than have to watch another second of this show. Like ‘miserable experience’ doesn’t even begin to cover it and I’m strictly talking about the plot of the show here. Like it’s just oppressive and nihilistic and depressing, it’s the kind of thing Dementors would jerk off to.

Harry Potter reference. Nice. Do you want to elaborate further on the point? Like I’m not saying shows with dark subject matter are all inherently unwatchable, quite the contrary, Psycho Pass is one of my top 10 anime shows of all time, and even dark takes on the magical girl genre—which this is—like Puella Magi Madoka Magica do work well with contrasting subject matter, but this is different—at least it was to me. 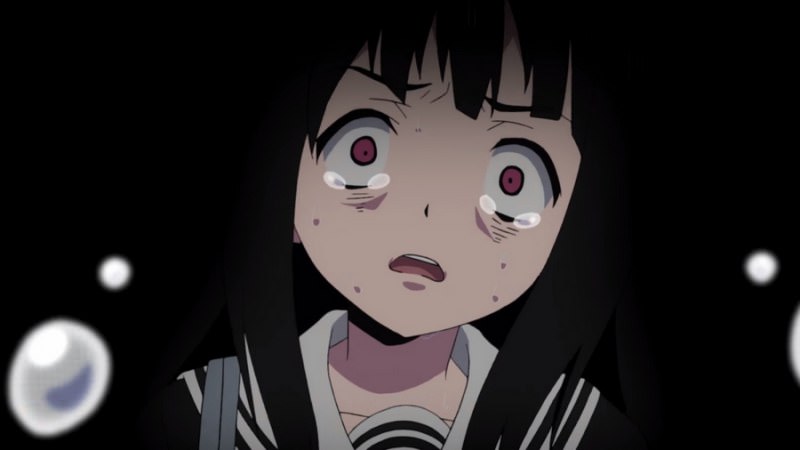 So what does that mean for the rest of the show? Didn’t you say you’d be watching all the show’s you selected all the way through “no matter what”? I say a lot of things, okay? And sometimes you don’t realise what you’re able to tolerate until you actually experience it. The idea of seeing Aya Asagiri (the protagonist) go through any more torture than she already has is something I don’t want to watch regardless of how her cathartic her eventual revenge will be. For me there’s a difference between a compelling narrative born from hardships and overcoming adversity and misery porn, which I firmly believe this show is the latter of.

Right… so not only do you not recommend it but you’re dropping it too? Correct, though I’m sure there’s some out there who can stomach this kind of ‘psychological drama’, for me though it’s just a throughly unpleasant exercise in sadism.